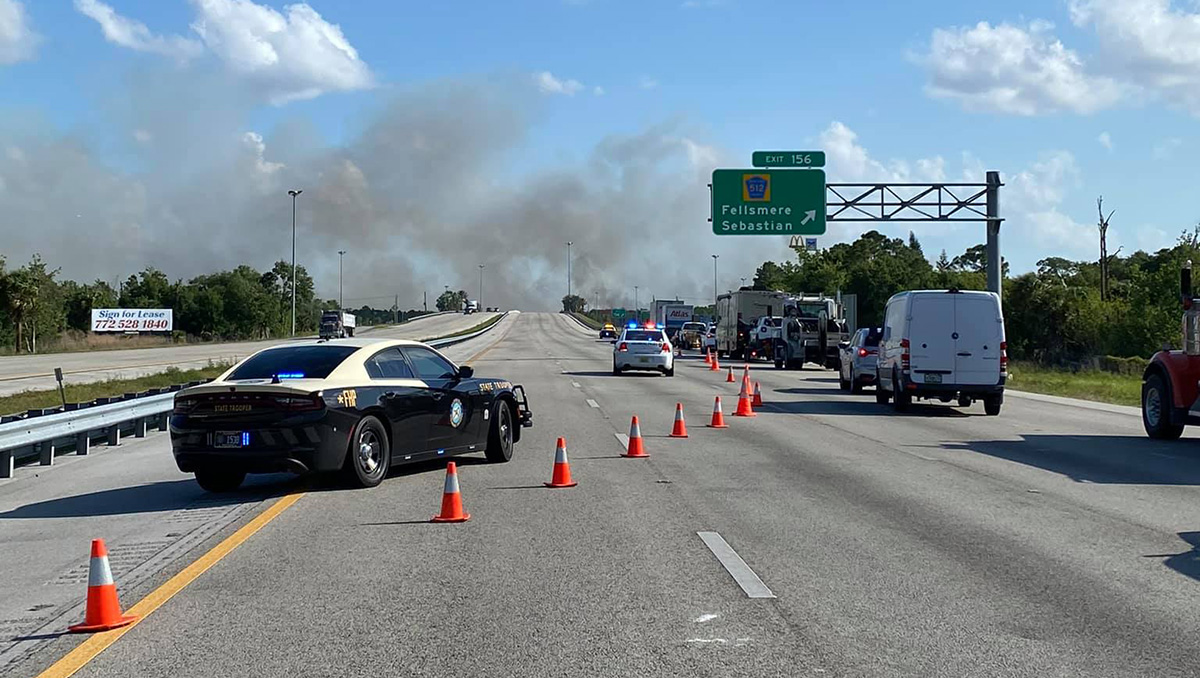 Fire near I-95 (Photo by Fellsmere Police Department)

There’s some good news to report about the fire near I-95.

The Fellsmere Police Department is reporting that the Indian River Fire Department will remain on scene throughout the night and the voluntary evacuation order has been lifted.

“There are still signs of fire along the interstate and one the two southern quadrants of the St. Sebastian Buffer Preserve. IRFD will remain on scene throughout the night put out hot spots and prevent further spreading. The voluntary evacuation order has been lifted,” the Fellsmere Police Department said in a statement.

The agency has reported that fire crews continue to hold the line at the power lines and 107th-109th Street. The voluntary evacuation notice for the area between 97th Street and 109th Street east of Willow has been lifted.

The inside and middle lane of northbound I-95 have been opened. The outside lane remains closed to emergency vehicles only. Fellsmere area residents should see relief from bypass traffic soon, according to the Fellsmere Police Department.

State vs. Gilliams & Parris Trial Expected to Run Into Next Week