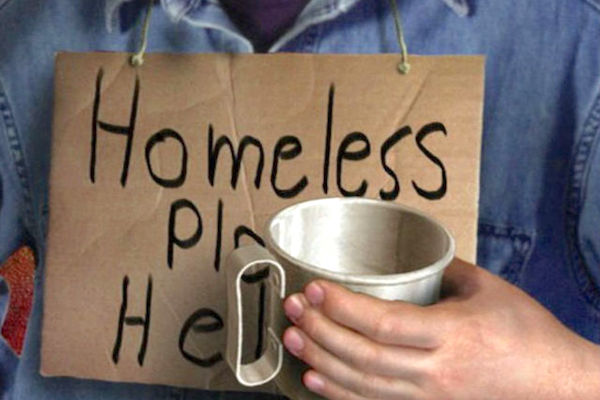 VERO BEACH – City officials are asking motorists to stop giving money to panhandlers who sit alongside streets and are in the roadway of traffic in Vero Beach.

Signs are being posted throughout the city to discourage drivers from giving money to panhandlers.

Last week, Sebastian Daily reported that a mother was in the roadway at Walmart with her small child asking for money after being warned to leave the area twice.

The woman, identified as 23-year-old Antonia Serdaru, gave her child to a friend while she was arrested. Serdaru had $227.12 consisting of $1 bills. She made bail, paying the entire $1,000 in cash.

On Sunday, Serdaru’s friend who watched her child while she was in jail was also seen panhandling. She stood in the roadway at the entrance to Target with a sign that read “PLEASE – HELP. I HAVE 2 KIDS. GOD BLESS YOU.”

The woman was identified as 22-year-old Elena Ignut and was seen standing in the roadway receiving money from a vehicle. Ignut was also asked to leave the area from multiple deputies, but she returned. Police arrested Ignut and found $96 in her pockets.

Some panhandlers are upset about the new signs. Some of them have been arrested for trying to remove the signs.

“Due to public safety concerns panhandling is discouraged,” the signs say in red letters. “Please donate to local charitable organizations,” is underneath in black letters.

City Manager Jim O’Connor said that panhandling, or asking for money either with a cardboard sign or verbally, is not illegal. However, city laws prohibit panhandlers from obstructing rights of way such as sidewalks or streets and entrances or driveways to private businesses or homes.

The city posted the signs in response to multiple complaints received from residents in Vero Beach.

“They felt (panhandlers) were being aggressive. People were coming out in the street (asking for money.) People were feeling concerned,” Councilman Val Zudans said.

Instead of giving a dollar to someone holding a sign, Zudans suggested people give to a church or homeless-assistance program such as The Source.

The Source provides meals, showers, laundry and other assistance to the homeless and people in need.

Chief Currey said the best way to stop the panhandling, is by not giving to those asking for money.

“As long as they are getting something, they are going to be there,” he said.