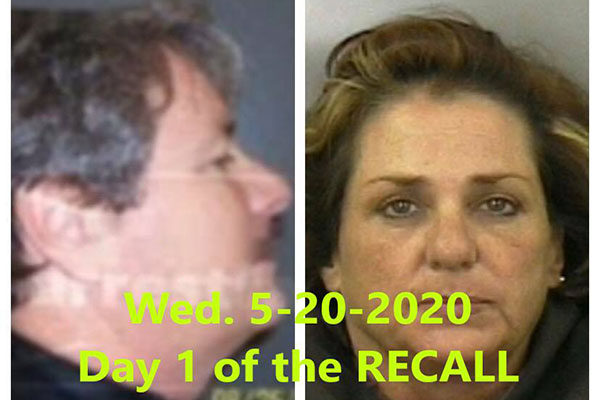 A new Facebook group has been started to prepare for the possible recall of Sebastian City Council Members Damien Gilliams and Pamela Parris.

The closed group was started by Sebastian residents Christopher Nunn and Tracey Cole.

“This page is about our disgust with Council Members Pamela Parris and Damien Gilliams,” Sebastian voter Christopher Nunn said.

“The purpose of this page is to discuss the things that need to happen to start a recall petition and all of the requirements to make it happen. They each independently will have to be recalled,” Nunn added.

The page is called Sebastian Voters Against Gilliams and Parris.

Already, Sebastian councilman Damien Gilliams started posting links in the Facebook group to the Sebastian Property Owners Association where he is president, a YouTube campaign video about the handling of the sugar sand by the previous council, and to tell people to vote for him in the re-election.

“If Damien thinks he can keep pounding away about the sugar sand, he probably thinks the voters will believe it,” a Sebastian resident said.

The topic of the sugar sand and that council members stole, gave away, or made “back door deals” were allegations that were unfounded by local and state authorities.

The Sebastian Police Department and the Florida Department of Law Enforcement already investigated Gilliams’ allegations and didn’t find any criminal activity or wrongdoing with the previous council.

The Facebook group is still growing by the hour. Many people are getting involved and want to help organize the recall.

“Our mission is to move forward in our rights as registered voters in Sebastian. By running for public office they opened the door for us to see what kind of person they are. If people don’t care that’s their right. I believe most didn’t know how important their vote is on the local level,” Tracey Cole said.

“While I am not a current resident of the city of Sebastian, I was born and raised in Sebastian and my family still lives within the city limits. I live just outside the city limits in unincorporated Indian River County (VLE). I do value the quality of life the residents of the City have come to know and want what is best for the City and our community as a whole. What’s currently occurring is making a mockery of the entire community,” Lauren Hamilton wrote in the group.