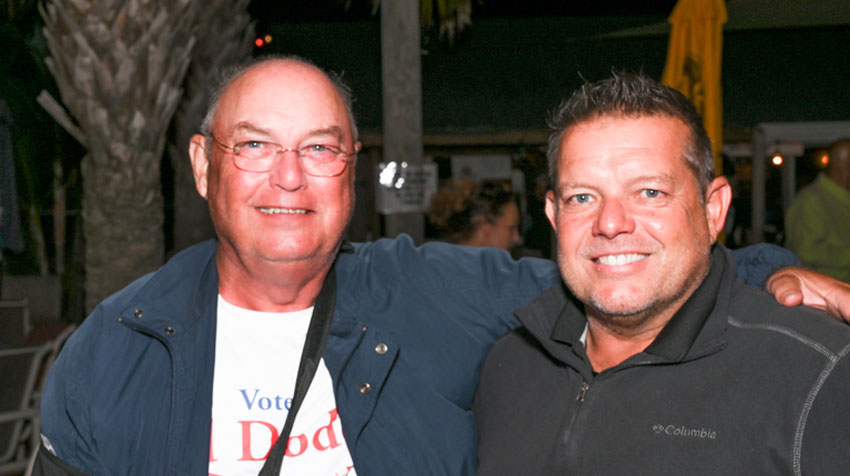 The City of Sebastian has been plagued with political problems this year, and its citizens sent a message that they will not be fooled again.

There was a 79 percent turnout at the polls this year, as Sebastian residents wanted to make their voices heard, trying to avoid the mistake they made in 2019 when electing Charles Mauti, Damien Gilliams, and Pamela Parris.

After making history in Florida with a recall election on September 15, 2020, by removing the three, Sebastian voters re-elected Ed Dodd and Jim Hill, beating Bill Simmons and Diana Bolton for City Council.

“It’s so humbling to have received so much support and trust from the great citizens of Sebastian. I am proud and honored to be able to continue my service to this amazing town,” Hill told Sebastian Daily.

Through it all, Ed Dodd and Jim Hill were seen as champions as they tried to hold the city together while three former council members attempted to fire staff and appoint a new mayor on April 22, 2020, during a nonpublic meeting.

Sebastian residents were angry about the meeting and called it an illegal coup to take over the city during a global pandemic.

Former Council members Damien Gilliams and Pamela Parris are standing trial this month on charges of perjury and for violating the state Sunshine Law.

The current city council has already made a lot of progress since the recall. However, there is still a lot to be done. They are testing non-toxic sprays for removing vegetation from the local canals and ditches, which will help with our drainage problems caused by the moratorium.

Fellsmere Lieutenant Scott Newsom recognized as Officer of the Year