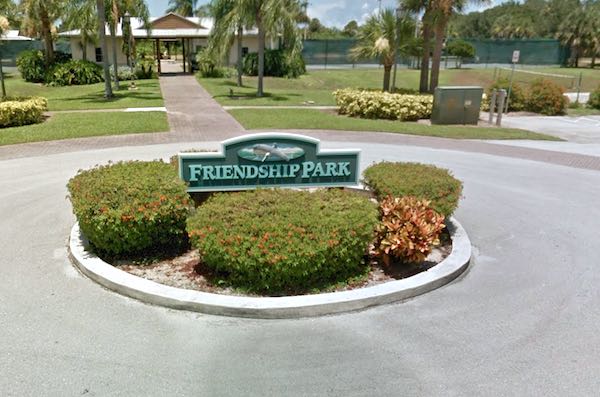 Sebastian residents asked to be patient over pickleball courts at Friendship Park.

SEBASTIAN – Pickleball and tennis players were asked to be “patient” last week during the Sebastian town meeting.

Many people are angry that there has not been any progress in the construction of the pickleball courts, which are supposed to be going in at Friendship Park behind City Hall. The project has been delayed for almost a year and a half.

In December 2016, the City of Sebastian approved eight pickleball courts in Friendship Park. During that time, the city received one bid for almost $1 million, about four times more than the estimated cost of $212,806.

During the meeting, a lot of people who spoke lived outside of Sebastian. While the pickleball players are upset, some residents think the city shouldn’t spend a million dollars on pickleball courts.

A source familiar with the project and the meeting reached out to us.

“Why are we building pickleball courts for non-tax payers,” the source, who wishes to remain anonymous, asked Sebastian Daily.

“Some of these people live in Barefoot Bay, Micco, Roseland, and Vero Lake Estates. They just want us to spend our money,” the source said.

The source did say the city should build the courts at the estimated $212,806 price, but there’s been only one bid.

“Before you go approving $900,000 or a million dollars, just for pickleball courts, how about we pay for more public parking for the businesses along the river,” the source added.

Dan Gunn, a Sebastian resident who plays pickleball multiple times a week, said the city should reach out to other municipalities.

“They need to talk to Vero Beach and other municipalities on who they used. If they do the same thing and expect different results on getting bids, they will fail,” Gunn said.

Another Sebastian resident said Schumann Park, where they currently play pickleball, is getting “intense and toxic” with the people who want to play tennis.

Pickleball has become a fast growing sport. The game is similar to tennis, and most novices can learn to play immediately.

“Pickleball is better on the knees, and several people that used to play tennis enjoy the sport because it’s less strenuous,” Gunn said. “The extension of running is also shorter than tennis.”

Players with racquetball or tennis skills can pick up this game in no time. It is highly competitive and fun.

Currently, Pickleball is being played Monday through Friday at 6 p.m. at Schumann Park.