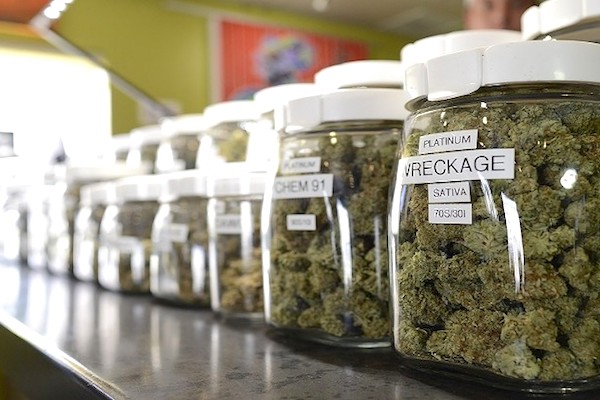 It is now legal to open a medical marijuana dispensary in Sebastian, but certain conditions must be met.

SEBASTIAN – Medical marijuana may soon be available in Sebastian at a time when Vero Beach has banned all dispensaries.

A few months ago, the Sebastian City Council adopted an ordinance to allow medical marijuana dispensaries, with no one opposing the measure.

It’s now legal to open a dispensary in Sebastian under a conditional use. This provision allows the dispensaries in certain zoning districts that would require council approval.

“I’m not sure how the votes would go. However, it seems that council is not opposed to allowing the dispensing of this type of medicine in the city,” said Sebastian Mayor Jim Hill.

In November, the Vero Beach City Council voted unanimously 4-0 to ban medical marijuana dispensaries, except for the one that was already approved.

This happened last summer after the Legislature gave cities and counties only two choices for medical marijuana dispensaries: treat them as pharmacies or ban them.

“My only concern with the medical marijuana is how to keep it from becoming the next ‘pain clinic’ issue. People will get fake prescriptions, and dispensaries will be handing this stuff out left and right and going through insurance. It runs all our costs up and causes other problems just like the pain clinics did with pills,” John Campbell, owner of Tiki Bar & Grill, said in a statement.

Campbell brings up a good point, and this is one of the reasons why states like Colorado voted to allow recreational marijuana use. If you are an adult 21 years of age or older, you can legally possess 1 ounce of Cannabis. It’s being treated no different than age restriction to buy cigarettes and alcohol.

Recreational use is legal in Alaska, California, Colorado, Maine, Nevada, Oregon, Washington D.C., and Washington state and the state of Massachusetts will be legal in 2018.

Several studies show that weed has real medical benefits. It does contain THC, which gets people high. But there are several drugs sold by the pharmaceuticals with similar effects, and they are addicting.

In the age of an Opioid epidemic across the nation, many people have turned to Cannabis.

Patients don’t have to smoke cannabis to get the effects of it. Now they can buy foods that contain Cannabis, also known as edibles. It comes in cookies, brownies, lollipops, and some creative people cook with it.

We spoke with a Sebastian veteran who served in the Gulf War and suffers from a few illnesses. Long story short, he had a lot of problems over the years and was put on a lot of drugs by the U.S. Department of Veterans Affairs.

He was receiving a bag of medications each month, everything from Oxycodone to Anti-depressants.

Some of the drugs he took would counteract with others, and there were times they made him feel crazy.

The one thing that he found could replace most of the drugs was marijuana. He has supplemented his pain meds, anxiety, the anti-depressants that used to make him feel weird and numb. He has found that marijuana, in many forms, is much more beneficial for him.