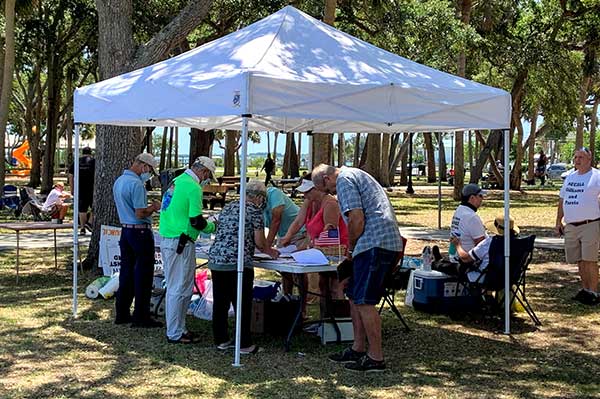 If you signed the first petition nearly two months ago to recall Damien Gilliams, Pamela Parris, and Charles Mauti, you still need to sign the second round of petitions.

The second round of petitions that are being signed now will place the names of the city council members on the ballot for a special election recall.

There has been some misinformation spread by a former city council member stating that no one has to sign the petition because the State Attorney’s office will remove Damien Gilliams and Pamela Parris. That is not true!

While Damien Gilliams and Pamela Parris were arrested for crimes after breaking the Sunshine Law and perjury for lying to investigators, the PAC recall group is still moving forward to have them removed.

“This second round of petitions is important to recall the city council members after they broke the law and caused lawsuits that could cost Sebastian taxpayers millions of dollars. We deserve better,” a spokesperson for the Sebastian Voters Against Gilliams and Parris told Sebastian Daily.

City of Sebastian to Discuss Mandatory Face Masks for Workers