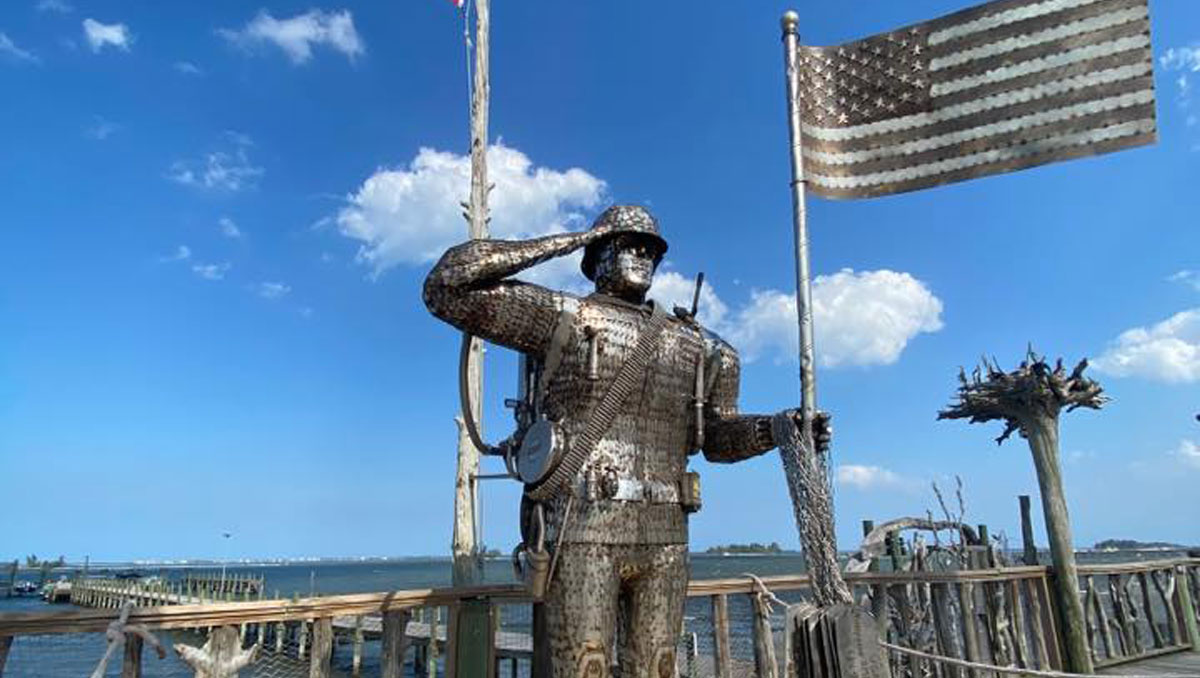 We have been getting many questions about all of the metal statues that were once on Indian River Drive, including the giant metal soldier. The sculptures began slowly disappearing once the property was put on the market.

Everyone loved walking along the Indian River and seeing these sculptures, especially the large intricate metal soldier. Many residents became attached to the statue.

“Have seen them slowly leave since land was put up for sale. My son left a year ago today to become a Marine. When the military sculpture was finished I took a picture and sent it to my son when he was in boot camp. I never knew they would have come down. So so sad,” stated Deni Willard on the Sebastian Facebook page.

“I was so sad to see them gone. I hope they will put them on display somewhere where the public can see them. A beautiful little piece of the waterfront uniqueness gone,” added Joy Jaskula.

The bulk of the art figures were taken to the owner’s personal property. However, the soldier is going to Tampa to be the centerpiece of the courtyard of Tunnels to Towers.

The Tunnel to Towers Foundation honors the sacrifice of firefighter Stephen Siller who laid down his life to save others on September 11, 2001. They also honor our military and first responders who continue to make the supreme sacrifice of life and limb for our country.

City of Sebastian Public Works Complex is Near Completion

City of Sebastian Public Works Complex is Near Completion