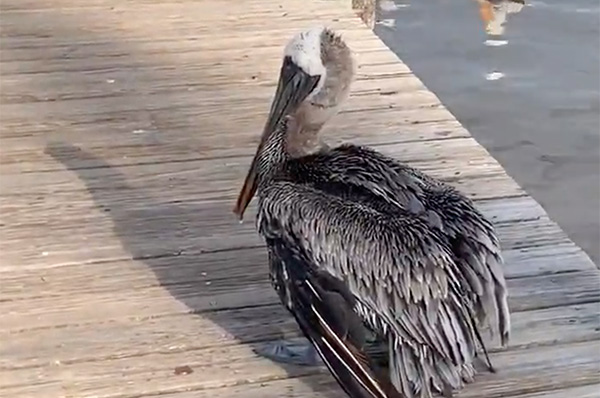 Rain chance increases later in the week in Sebastian, Florida.

As we reported in our Sebastian forecast on Friday, I didn’t think we would get much rain over the weekend because of the wind changes. We noticed this out in the Lagoon as the sky cleared up in the afternoon.

We’ve repeatedly seen thunderstorms arriving from the west get pushed away from winds out of the east. If the easterly winds are more than 5 to 10 mph, it’s pretty much a guarantee, and that’s what we experienced last weekend.

The same weather situation could occur this week. We are expecting a lot of rain from Tuesday through Thursday, but keep an eye on winds from the east.

“Unsettled weather will return to central Florida from Tuesday into midweek with scattered to numerous showers and embedded thunderstorms,” The National Weather Service said.

Tuesday, Wednesday, and Thursday will have a high of 88 degrees; the overnight low will be near 68 for all three days.

On Thursday, the southwest winds prediction also increased the chance of rain to 70 percent. The winds will remain southwest until Friday when they shift out of the northwest. All signs point to rain on Thursday and Friday unless there’s a change in wind direction.

There’s another cold front expected to move through Sebastian sometime on Friday, bringing temperatures down to 75 for the highs and 52 for the low. However, it’s still too early to predict the weekend weather. So, we’ll have another forecast before Friday.

In the meantime, have a great week in Sebastian!