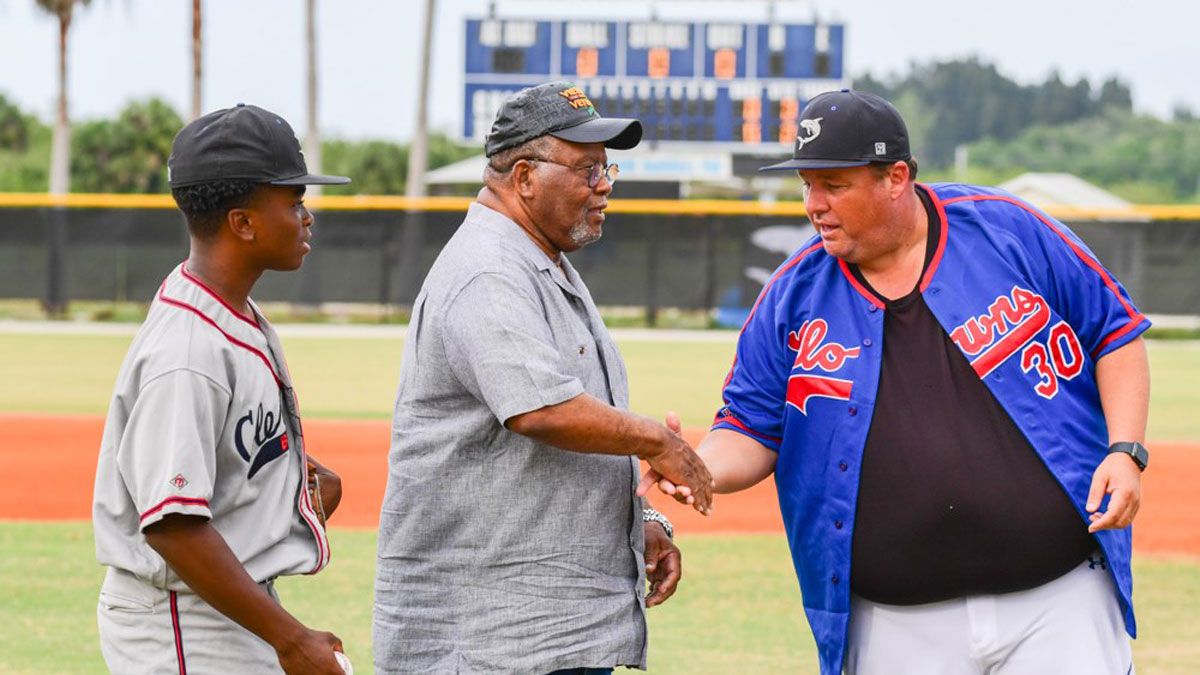 On Thursday, April 15, 2021, Sebastian River High School celebrated Jackie Robinson Day at their varsity baseball game with the family of negro pro and semi-pro Ernest ‘Gator’ Barnwell. His nephew Leon Barnwell made the ceremonial first pitch as other family members and spectators watched.

Ernest ‘Gator’ Barnwell was a 6’2″ right-handed pitcher with a great curve and fastball. He played in the negro league for 19 years with several negro pro and semi-pro teams in the 1930s and 1940s.

During the 1920s, the combined forces of discrimination and segregation created a conducive environment for the development of separate enterprises such as professional baseball.

Andrew “Rube” Foster was a baseball player, manager, and executive in the Negro leagues and started the first Negro League in 1920. The dominant teams then were the Chicago American Giants and the Kansas City Monarchs.

Not long after Negro League was created, Pittsburgh produced two of the greatest teams of all time, the Pittsburgh Crawfords and Homestead Grays. They featured players like Josh Gibson, Cool Papa Bell, Hank Aaron, and Willie Mays.

This superb brand of baseball rivaled the best of the major leagues until the historic signing of Jackie Robinson by the Brooklyn Dodgers in 1947.