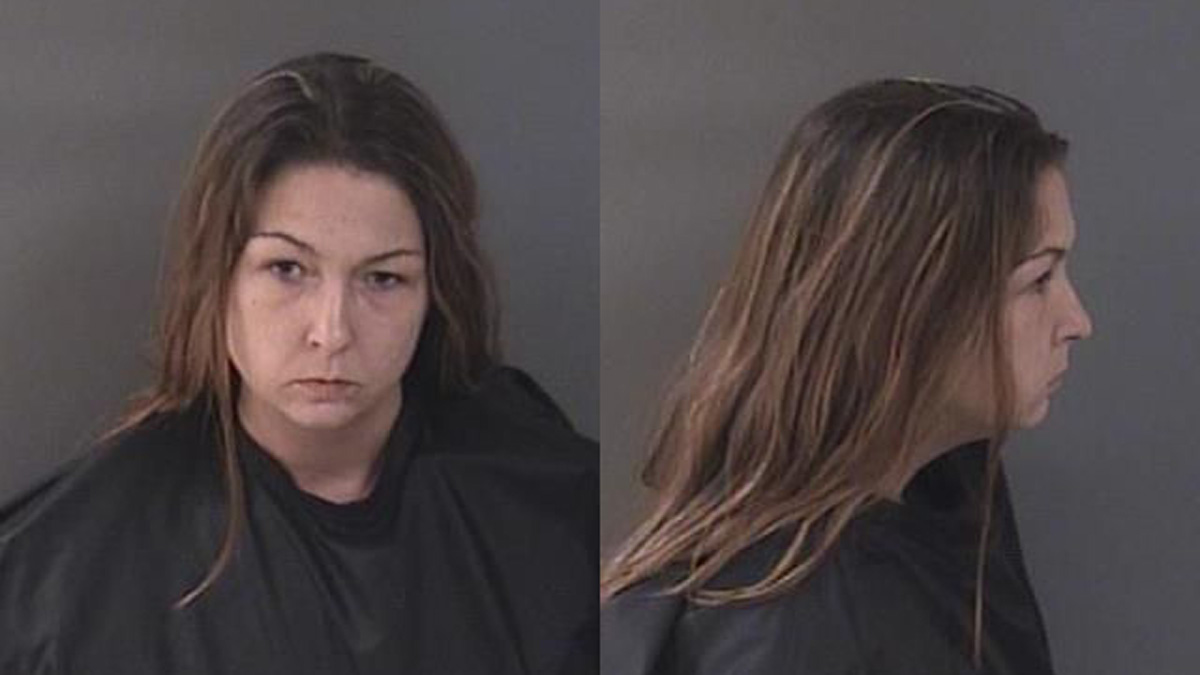 According to the Sebastian Police Department, a woman was arrested for allegedly striking her father, who was in at-home hospice care, after he tried to take away her Fireball brand whiskey bottles.

The victim’s wife had to leave town for a work-related meeting and asked 28-year-old Megan Rene Gould to be the primary caregiver while she was gone.

According to the affidavit, the victim is registered in hospice due to multiple medical conditions. The victim has Lymphadenopathy, which causes his abdomen to be highly susceptible to trauma. He requires 24-hour care due to his conditions and is rarely left alone for more than 30-60 minutes.

When Gould arrived, the victim said she appeared to be under the influence of either alcohol or narcotics due to her erratic behavior. Gould was “highly emotional and animated” while “yelling and flailing her arms around,” according to the affidavit.

“(Gould) proceeded to remove three bottles of Fireball brand whiskey from her large purse and asked him if he minded if she drank them,” the investigator said.

The victim originally said “no” and asked her to put them away. As Gould became angry, an argument ensued. The victim agreed to her drinking half of one in hopes of stopping the argument.

“Once (Gould) had completed drinking half, she continued to consume the whiskey, drinking the first bottle. In fear that her behavior would continue to escalate, (the victim) attempted to get up from his chair and take the last two bottles that were about 10 feet from him on the floor. As he stood up, (Gould) immediately hit him on his left side with her purse,” investigators said.

Due to the victim’s weakened condition, this hit caused an immense amount of pain and forced him to fall back into his chair. Gould then became more aggressive towards her father. The victim tried to take the whiskey bottles a second time in fear that she could no longer care for him due to her intoxication.

“As he stood up, (Gould) struck him for a second time on the right side of his abdomen. This strike again caused immense pain, and the force of the strike caused him to fall into a chair that was located to the left of him in the living room,” the affidavit said.

Gould then left the residence and never returned, leaving her father alone without care.

Soon after, Gould was arrested after attacking her sister. She punched her sister in the face, head and kicked her several times. Gould’s sister sustained swelling on her forehead and had stomach pain due to being repeatedly kicked. Gould also struck the police officers as they were attempting to arrest her.

A day later, police visited Gould’s father and observed bruising on both sides of his abdomen that supported his statements. He told the police that he was still in pain from the incident and wants to pursue charges.

The police then interviewed Gould at the Indian River County Jail. Gould stated she was caring for the victim but was “having a hard time remembering the evening but did remember a verbal argument occurring over her drinking Fireball Whiskey,” the affidavit said.

“When she was confronted about striking the (victim), she initially stated she does not remember the evening, but further stated that she would not hurt her dad due to his condition,” investigators said.

Each time investigators confronted her about the attack on her father, Gould would state she was unable to remember.

Gould was charged in this case for Abuse of a Disabled Person and a charge for Battery. She is currently being held on a $32,500 bond.