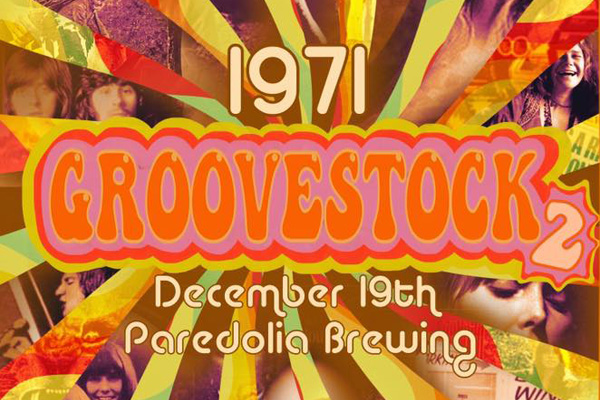 Celebrate Groovestock II at Pareidolia Brewing Co. on Sunday, December 19, 2021, from 2:00 pm – 6:00 pm with over 28 performers, including Hair Peace, who will be headlining.

In addition, to the groovy music, there will be food trucks, fun raffles, and fresh craft beer. Some of the funds earned will go to the new sunset deck being built on the west end of Pareidolia. So, come out and have fun for a great cause. This event will predominately be outdoors, so don’t forget to bring your folding chairs.

Take a stroll down memory lane or experience what 1971 was like for your parents growing up.

1971 was the year that changed everything in music:

“As I have been working with the musicians getting ready for this show, we have gotten goosebumps playing and hearing these songs again. The only sad thing is we don’t have enough time to do them all,” Mojo Mike told Sebastian Daily.