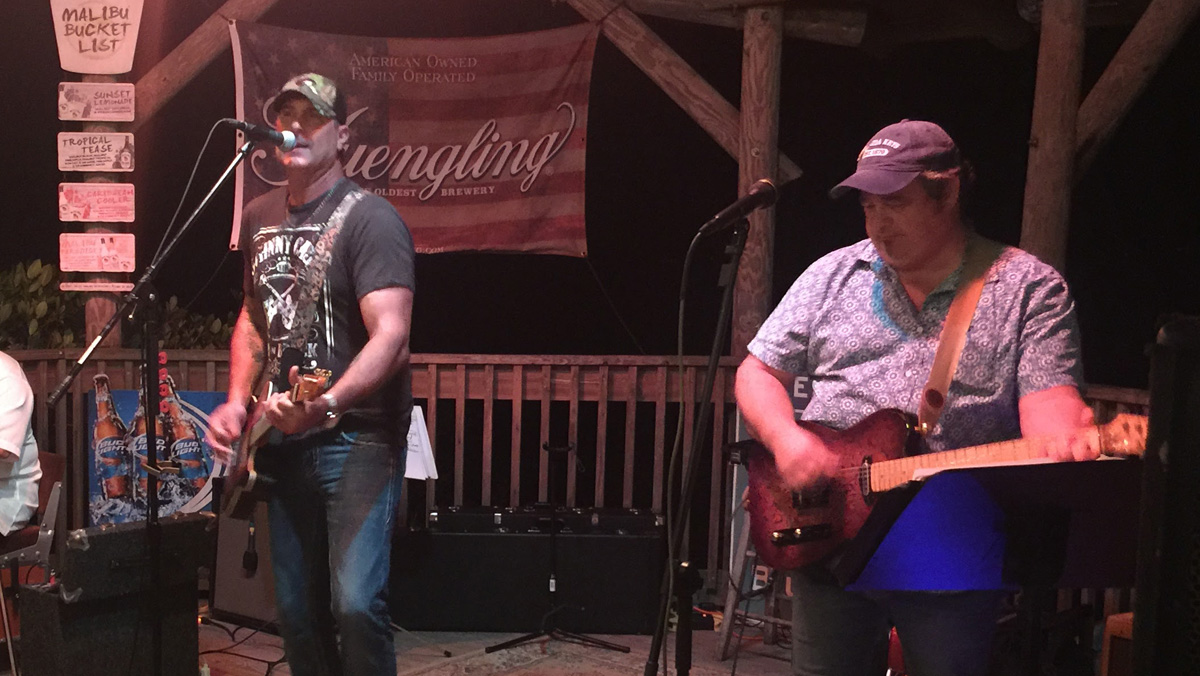 3 Ring Circus, a local country music band, had a gig to play in Barefoot Bay until one of the band members posted a picture of President Joe Biden that read “not my president” on his personal Facebook page. The band member, Kenneth Williams, is a guitar player for the band.

The country music band has performed for almost every venue in Sebastian and Micco. They have played at the South Florida Fair, Indian River County Fair, Riverside Theatre, and the annual Boots & Bourbon event at Pointe West Country Club every year for many years.

When Barefoot Bay management saw it, they canceled the gig with the band. Then, several people contacted Sebastian Daily about the incident. Some are from Barefoot Bay and were disappointed with the decision to cancel 3 Ring Circus.

We then reached out to the band for comment.

“The whole thing is wrong. I could understand if I was running my mouth while being there. It’s like they came into my house and vilified me over a picture on my wall,” Williams told Sebastian Daily.

Williams said he asked for the screenshot to be removed from the Barefoot Bay Facebook page, but it stayed up long enough for the Brefoot Bay management to see it. He also said he never talks about politics on stage during a gig.

“I don’t talk politics when I play; it’s not what I’m hired to do,” said Williams.

“It is the position of Community Manager John W. Coffey, ICMA-CM, that vendors who place extremely divisive opinions on social media that can be widely viewed by members of this community will not be selected to work for BBRD. Entertainers should focus on entertaining their customers, not insulting the beliefs (i.e. political, religious, ethnicity, etc.) of the people who ultimately pay their salaries. While vendors have a right to their personal opinions, they do not have a right to be selected to work for BBRD,” the statement read.

“This was over a Facebook argument he (Kenneth Williams) was having with some guy, and the guy took the screenshot and sent it to people from Barefoot Bay to make him look bad,” 3 Ring Circus lead singer Ray Fredell told Sebastian Daily.

Some people suggest it was wrong for Barefoot Bay Food & Beverage to cancel the gig over a political stance that was originally posted on a personal Facebook page. Others say it’s now part of a “cancel culture” and a violation of freedom of speech.

A person who allegedly hires the bands at Barefoot Bay wrote a statement to Williams.

“The post that was shared on the community that showed your picture and political opinion of the new President was determined to be offensive, divisive, and insulting to people in this community who may not share your view but pay their assessment to pay for entertainment here. We as employees, management, and vendors, remain neutral. We all have our own opinions but can not be disrespectful to this community. It’s not good business,” she wrote.

We then reached out to people who book local bands for other businesses and venues.

“I could care less what people’s personal views are. I tell them to leave it off the stage, though. People are at venues to have fun and forget about all of that stuff for a few hours,” Justin Weir, who books local bands, told Sebastian Daily.

We also asked local bar and restaurant owners if they cancel gigs based on what someone says politically on their personal Facebook pages.

Tiki Bar & Grill owner John Campbell says he supports freedom of speech regardless of their political opinions on Facebook.

“It’s a long answer to fully discuss this issue, but for me personally, it boils down to freedom of speech, which I support. Just because you hate what someone says doesn’t make it hate speech. Partisan politics is not inherently hated speech. I think we have developed a serious problem in society where people think it’s legitimate to be offended because someone has a different political opinion than their’s. This has spawned what people are calling ‘cancel culture,’ and I view that as destructive to our society. My understanding of the Constitution forbids discrimination based on political views,” Campbell told Sebastian Daily.

Other bars and restaurants in and around Sebastian are saying the same thing as Campbell and Weir.

While band members do have a right to free speech, Barefoot Bay also has a right to cancel gigs. But the argument is whether or not it was canceled because someone was offended by someone else’s political view.

Got a comment about this story? Send it to info@SebastianDaily.com