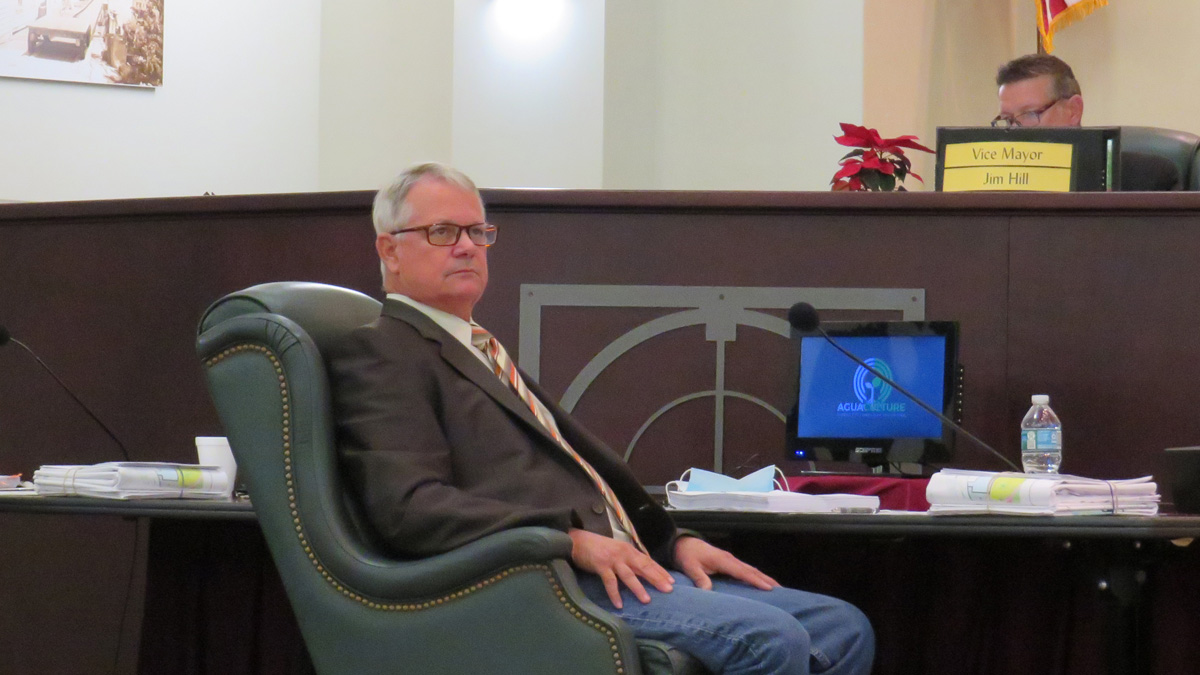 Sebastian City Manager Paul Carlisle has confirmed that he applied for a job in Collier County. He made it to the top 5 finalists out of 39 candidates for the position.

Carlisle exclusively told Sebastian Daily that it doesn’t mean he will get the job, and he applied thinking it was a longshot. There is also a long process to go through, and they have not reached the point of any negotiations. The position pays $214,000 annually. Carlisle currently earns $144,750 with Sebastian.

“There are 67 of these positions in the state. These jobs don’t come that often,” Carlisle told Sebastian Daily.

Collier County has a population of 384,902 and includes Naples, Marco Island, Everglades City, and Plantation Island.

Mayor Ed Dodd said the City of Sebastian could not compete with large counties for talent and says should Carlisle decide to leave, it would be a great opportunity for him.

“He is a finalist, and we will congratulate him if he is selected and decides to move. We will certainly welcome it if he is not and stays here,” Dodd told Sebastian Daily.

Others say that making it to a finalist proves how lucky Sebastian is to have Carlisle as our City Manager.

“I was a little surprised to hear that Mr. Carlisle applied for the position but, certainly, I’m not surprised that he did. A position like Collier County Administrator doesn’t come along very often, and I can see why he would put his name in the hat. I understand that Mr. Carlisle is not actively seeking employment elsewhere, as he has made it clear that he loves Sebastian, but I can’t imagine him passing up a life-changing opportunity,” Vice Mayor Jim Hill told Sebastian Daily.

“Paul has been a great asset for Sebastian, has built a great team to serve, and has helped lead this community through its darkest hour. Sebastian would be very lucky should Collier County pass up a chance to get Paul,” Hill added.

“It would make me sad to see Paul Carlisle go. He is an amazing City Manager and will be very hard to replace, but I support him in his choice for what is best for him and his family,” Nunn told Sebastian Daily.

“I think Paul Carlisle has been doing an outstanding job for Sebastian. If he is selected for the job, I wish him well and much success. Paul has always been very responsive to me and has made himself available when needed,” Sebastian City Councilman Fred Jones told Sebastian Daily.

We also reached out to Councilman Bob McPartland, who also wishes Paul Carlisle well if he chooses to move to Collier County. McPartland also said there are talented people internally with the city who could step up and do the job while they search for a new City Manager, should it come to that.

Carlisle grew up in Indiantown, Florida, and is a graduate of Martin County High School. He has also attended the University of Madison and Clemson University.

Carlisle has more than 35 years of experience working in municipal government and has worked for Wellington, Lake Park, and Glades County. He also worked in Rock Hill, South Carolina.

Collier County commissioners will make their final selection in March.