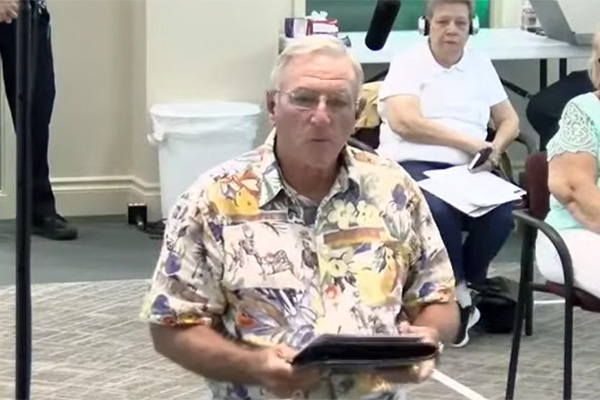 Gilmore says the PAC group didn’t wait six months before creating the group and petitioned for signatures too early. As a result, he feels the group violated the recall.

However, legal experts disagree. There is no time table on when a PAC can be created, only when the petitions can be signed. The petition was made public for signing on May 20, 2020, precisely six months to the day that they were sworn in.

“Gilmore is trying to create doubt about the recall success. His allegations are false,” a legal expert, who wanted to remain anonymous, told Sebastian Daily.

In her defensive statement for the recall, Pamela Parris made allegations that the recall group was wrong, and that they were “grossly misrepresented.”

Parris claims the actual date to start the petition drive should have been May 21st, 2020, since she was sworn in on November 20th, 2019.

“I was falsely accused, slandered and threatened, but I will never resign,” Parris said in her recall defense statement.

The next petition drive will be from Thursday, June 25, 2020, to Sunday, June 28, 2020. Everyone who signed the first petition will need to sign the 2nd round to place Damien Gilliams, Pamela Parris, and Charles Mauti on the ballot for recall.

For those concerned with privacy, the second round of petitions will have a box to check in order to keep their information confidential.