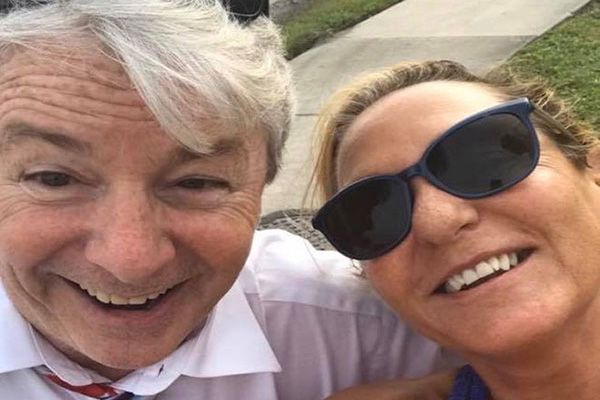 Three Sebastian City Council members have been served papers to either resign or respond to the petition within five days.

A political action committee looking to oust Damien Gilliams, Pamela Parris, and Charles Mauti garnered more than 2,500 signatures each on recall petitions in less than 47 hours. The total number of signed petitions for all three was nearly 7,500.

“This is the voice of Sebastian. You refused to hear us on April 22nd when we demanded the meeting be canceled so you couldn’t fire our staff,” Tracey Cole, founder of PAC recall group, told the city council.

“We are demanding three council members, who have made choices that will cost our city hundreds of thousands of dollars, to resign. You have broken a trust that will never be repaired,” Cole stated.

Gilliams and Parris are still under investigation with the State Attorney’s Office for breaking multiple Sunshine Laws.

Mauti has already been charged with Public Order Crimes but worked out a plea agreement to cooperate with the State Attorney’s Office.

The three Sebastian City Council members also face a lawsuit for their nonpublic meeting by Sunshine Law defender Michael Barfield, which could cost the city millions. The cost of the lawsuit could eventually be passed onto Sebastian citizens. The video below shows what residents say was a “coup” to takeover the City of Sebastian and appoint Gilliams as mayor.

Barfield has a 90% success rate against public officials who violate the Sunshine Law. In a recent case, he won a $1.5 million settlement against the City of Venice after they could not provide a public record request for city cellphone text messages.

In addition, Damien Gilliams and the City of Sebastian may face another lawsuit from Henry Fischer, the contractor who removed the sugar sand from the cemetery. Gilliams wanted to make a presentation at the last council meeting to show allegations of a coverup and kickbacks between the former City Council and City Manager.

Fischer’s attorney, Jon Rhodeback, warned Gilliams of the false allegations, which Gilliams documented in his complaint.

“There’s allegations of a coverup, there’s allegations of kickbacks. I have no idea where it’s coming from. There’s a reference to a city manager campaign; last I checked city managers aren’t elected officials. They don’t have campaigns. There’s even an allegation that another reputable contractor in town submitted a fake bid, even though this contractor has been in business 20, 25, 30 years. It’s unfounded,” Rhodeback told the council.

“Do not drag private citizens into this fight to benefit your political position,” Rhodeback added.

Even so, Gilliams went forward with his presentation anyway, risking a lawsuit for the City of Sebastian.