City of Sebastian officials file an injunction against Gilliams, Mauti, and Parris 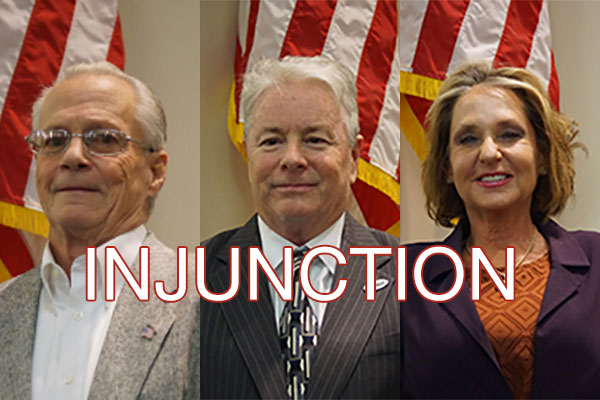 The defendants, who were all served yesterday, are Council Members Damien Gilliams, Charles Mauti, and Pamela Parris.

There is an emergency hearing scheduled for Monday in Indian River County with Judge Janet C. Croom.

The injunction states that the plaintiffs are requesting a “temporary injunctive relief” against the defendants for violating Florida Statute 286.011.

Section 3B of the statute reads:

“Any person who is a member of a board or commission or of any state agency or authority of any county, municipal corporation, or political subdivision who knowingly violates the provisions of this section by attending a meeting not held in accordance with the provisions hereof is guilty of a misdemeanor of the second degree, punishable as provided in s. 775.082 or s. 775.083.”

The State Attorney’s Office is investigating Gilliams, Mauti, and Parris for Sunshine Law violations, both civil and criminal. A source familiar with the investigation says it’s moving “very quickly.”

At this time, the council members have not been charged with any crime.

Gilliams, Mauti, and Parris are accused of an illegal coup to take over the City of Sebastian during the coronavirus pandemic. The three council members allegedly fired the City Manager, City Clerk, and the City Attorney. Then, they named Gilliams as the new Mayor of Sebastian.

Also present during the meeting were at least three directors from the Sebastian Property Owners Association, in which Gilliams is the President.