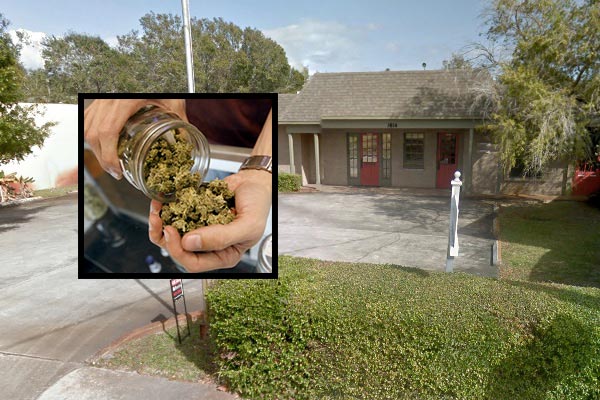 VERO BEACH – The first medical marijuana dispensary in Vero Beach is set to open its doors, despite controversy.

The site is in the 1800 block of Commerce Avenue in Vero Beach, not far from a school and daycare.

Most people didn’t know about the Indian River County marijuana dispensary. Some local businesses don’t mind that medical marijuana will be sold down the street from them.

Today, marijuana is sold in oils, edibles, and the kind you can smoke. It’s being treated as a medicine to help patients who suffer from a variety of ailments.

Trulieve, a Florida Licensed Medical Cannabis Dispensary, will open its doors in about six months. The company currently has dispensaries in Tallahassee, Miami, Clearwater, Tampa, Pensacola and has plans to open 20 more locations throughout the state.

But some think it’s a mistake to open a store that sells marijuana here locally. A local veterinarian says there’s nothing appropriate about the medical marijuana facility in the neighborhood. He believes it should be near a hospital.

Some people worry that the state will someday legalize recreational marijuana since the state recently passed the medical cannabis bill. They see nothing but trouble with this movement.

The closest homes are about two blocks from the facility, as well as the First United Methodist Church.

However, Vero Beach City officials say the site meets all the zoning requirements for medical marijuana.

The city’s Planning and Zoning board voted on the medical marijuana dispensary Thursday, giving Trulieve the green light to proceed.

2 Charged With Home Burglary In Fellsmere