2 Charged With Home Burglary In Fellsmere 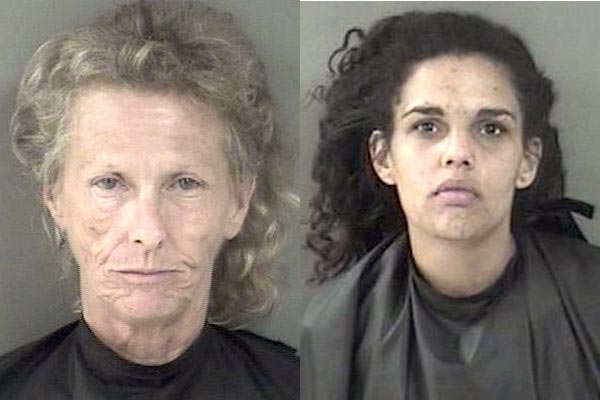 On Tuesday, at approximately 7:23 p.m., Officer Michael Ruiz of the Fellsmere Police Department investigated the report of a burglary to a residence in the 200 block of S. Bay Street in Fellsmere.

The victims reported they were missing several items of value to include $1000 in cash, an unknown amount of change and two gold necklaces worth $1,800.

The victims reported that they had video footage of the suspects in their home taken from a security camera, but could not provide it to FPD until Wednesday, May 17th .

Officers received the videos as promised and reviewed them. During that review, they were able to positively identify the two women as Billie Anne Lieberman, age 52 and Shelby Kay Gestewitz, age 27.

Lieberman said she only took loose change from that residence, but that incident is still under investigation.

Officers located Gestewitz on May 18, 2017, at approximately 7:30 am at the intersection of CR 512 and S. Elm Street. A detective was called to the scene and told her about the video of her committing the burglary.

Gestewitz became emotional, admitted she entered the residence and stated she did so “because she was hungry.” She was transported to the Fellsmere Police Department for a formal interview where she provided additional information to investigators.

She also admitted to removing some coins, a necklace, and some headphones. The necklace and headphones were recovered.

Lieberman and Gestewitz have been arrested and transported to the Indian River County Jail where they were charged with felony burglary.

FPD is still searching for the property taken in these two burglaries. Anyone with information that can help investigators is asked to contact the Fellsmere Police Department at 772-571- 1360. Callers can remain anonymous.