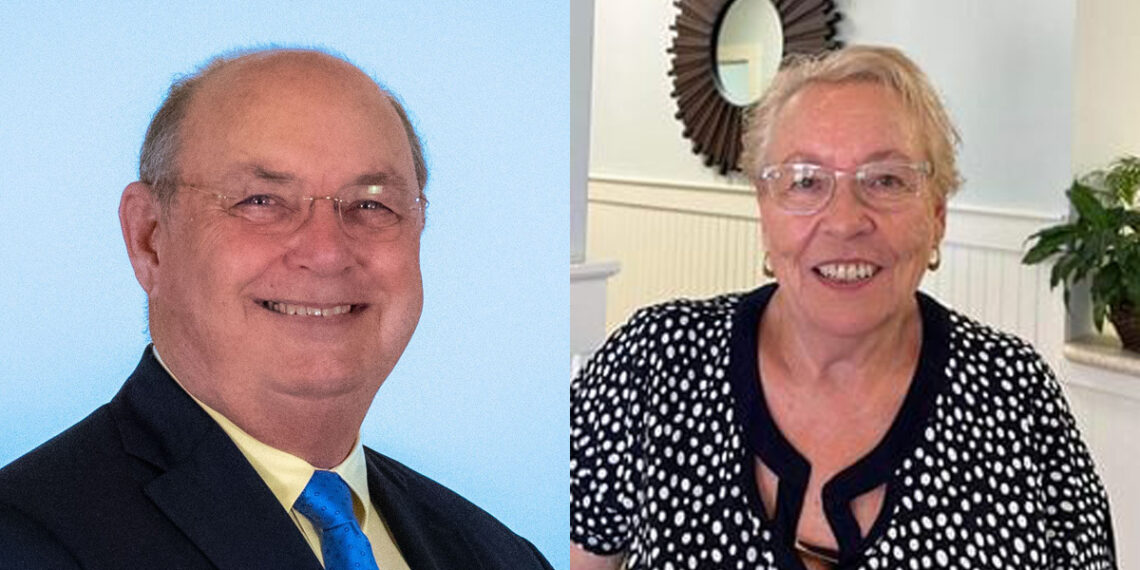 Each year, we provide our view of the Sebastian City Council candidates after we have conducted research and interviews. Seven candidates are running this year for two nonpartisan seats.

However, unlike years prior, there are two people on the ballot that we don’t feel are viable candidates: Damien H. Gilliams and his son Damien Lee Fey Gilliams. The father is still out on bond after a jury conviction for crimes he committed while serving on the City Council in 2020. A judge has ordered him to stay away from the charter officers at the City of Sebastian. The son isn’t a viable candidate either, with no local government experience, nor has he done anything productive for the Sebastian community.

We feel the other five are excellent choices, including Ed Dodd, Louise Kautenburg, Sherrie Matthews, Kelly Dixon, and Charles Stadelman. There are only two seats open this year.

The two candidates that stand out for us with the most local government experience and time serving the community are Ed Dodd and Louise Kautenburg.

Several essential items are coming up for the city, including stormwater, septic to sewer, and the annexation that requires people with experience to work through that process. Therefore, we feel Dodd and Kautenburg are ideal candidates for the two open seats.

Sebastian Daily and the Taxpayers Association of Indian River County will host a live forum on Nov. 4, 2022 in the Tiffany Room at Capt. Hirams starting at 12:00 p.m. There will be limited seating. We will also stream the forum on both our Facebook page and our popular YouTube channel.

Here are the candidates in alphabetical order, beginning with their last names. We also provided links to the websites of each candidate and our interviews.

Kelly Dixon moved to Sebastian in 1997 and attended Sebastian River High School, where she was in the top 10% of her class in 2001. She has a degree in Broadcast Journalism and completed her Master’s Degree. She has been a TV news reporter and worked as a TV Production Teacher.

Dixon has not served on any boards with the city. However, we feel she is a rising star because of her positive outlook and passion for serving. She wants to protect Sebastian’s fishing village charm and the Lagoon. ➡️ Kelly Dixon Interview.

Dodd spearheaded the Sustainable Sebastian initiative and believes in helping the environment and protecting the Lagoon. ➡️ Ed Dodd Interview.

Louise Kautenburg has been serving the City of Sebastian since 1994. For almost 27 years, she has been on the Tree Board, Sebastian’s 75th Anniversary Committee, Parks & Recreation Board, CRA board, and three different terms on the Charter Review Committee. In addition, she has been on the Planning & Zoning Board for 12 years.

She has been the chair on most of the boards she has served. Kautenburg told Sebastian Daily, “you can’t call it your city if you don’t serve it.” ➡️ Louise Kautenburg Interview.

Sherrie Matthews has been in Indian River County for approximately 47 years and moved to Sebastian following her retirement with the Indian River County Sheriff’s Office, where she was employed for 35 years as a citizen. During her time at the IRCSO, she had an outstanding career and excelled. Matthews was the Accreditation Manager in their Print Shop.

She has run twice before for City Council. Matthews served on the Charter Review Committee and has attended regular city council meetings. She has also applied to volunteer on several boards with the City of Sebastian. Matthews believes in a safer community, smart growth, and smart spending. ➡️ Sherrie Matthews interview.

Charles Stadelman has been in Sebastian since 1971 and is a member of the city’s Natural Resource Board for approximately six years. He is currently the chairperson of the board.

Stadelman has a passion for the environment and understands how growth can have an impact. While City Council is a nonpartisan position, Stadelman believes both the left and right of the political spectrum can find common ground. ➡️ Charles Stadelman interview.

Damien H. Gilliams is not a viable candidate. He is currently out on bond after a jury found him guilty of committing crimes while serving on City Council in 2020. He served less than eight months before Sebastian voters removed him from public office through the Sebastian recall.

A judge has issued a no-contact order to stay away from the charter staff at the city. If violated, his bond will be revoked. Gilliams’ criminal case is currently in the appeals court, and if denied, he will have to report to jail to serve six months plus pay restitution.

He ran for City Council last year but only garnered 200 votes.