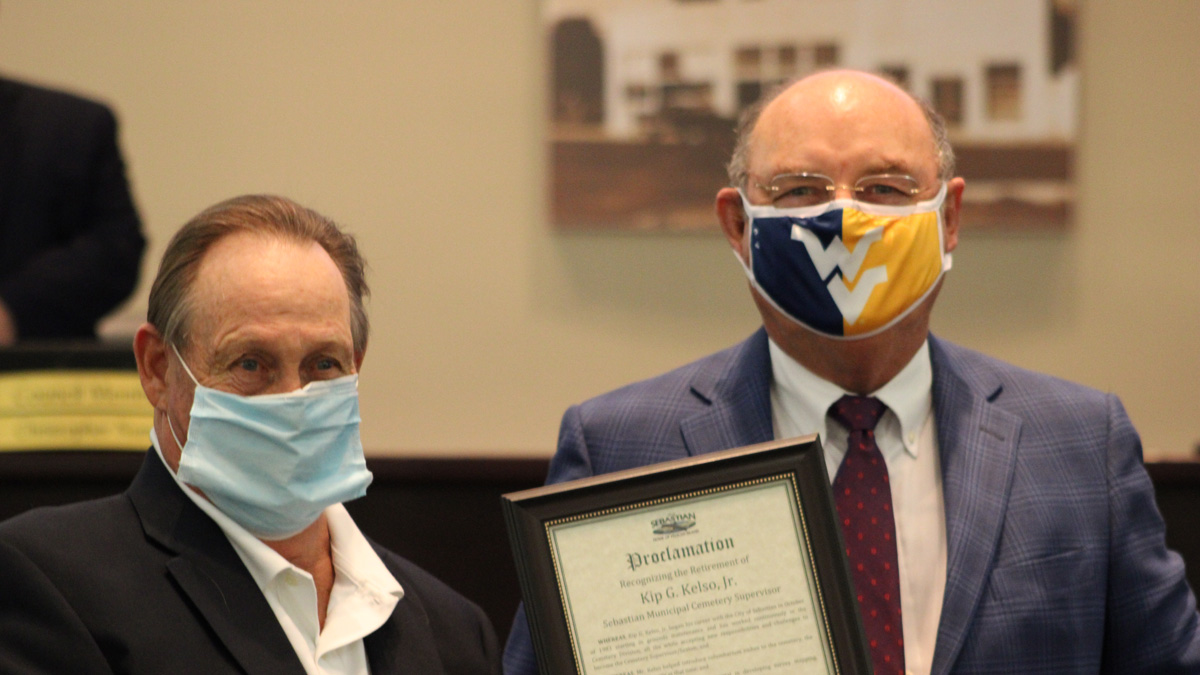 Kip Kelso, the supervisor of the Sebastian Municipal Cemetery, is retiring after 37 years of service.

Kelso began his work with the City of Sebastian in October of 1983, starting as ground maintenance, and has worked continuously in the cemetery division ever since.

“We wish Mr. Kelso and his family the very best in retirement,” Mayor Ed Dodd said.

Kelso received an award Wednesday night during the City Council meeting for his 37 years of work and dedication. He also received a large cup from the city that reads “The Legend Has Retired.”

“I would like to say in my tenure here, it’s been a learning experience, and I would tell you that it’s been fun … all these years. I learned how to be a team player, and that’s the best part,” Kelso said.

Scott Baker, the Public Facilities Director, said he had the privilege to work with Kelso, and he’s done an outstanding job.