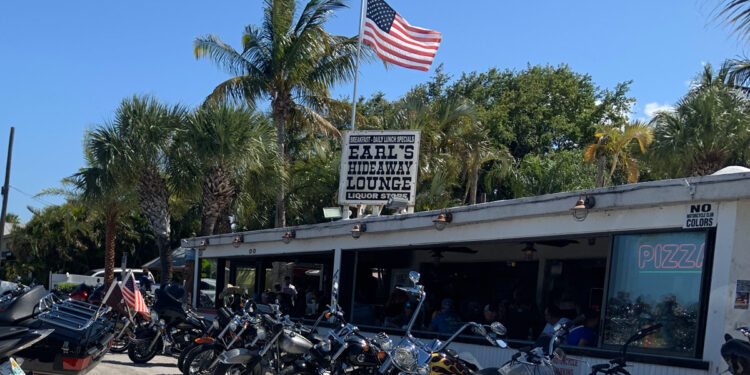 William Ballough, the co-owner of Earl’s Hideaway Lounge in Sebastian, died unexpectedly Saturday of a heart attack. He was 67.

Sebastian Daily spoke with Ballough last week as he was trying to sell the bar for $7.2 million. Ballough said it was time to retire and didn’t want to be involved with the business world.

Ballough spoke highly of the bar and its staff and said Earl’s had plenty of “history and local lore.” He was proud of the business he and his partner built over the past 22 years.

In recent years, Earl’s has become more family-friendly and less of a biker bar since the business now prohibits club “colors” on vests inside the establishment. Many people used to call it a “bar for biker gangs” after a few incidents involving different motorcycle clubs. Since then, the clientele and atmosphere has greatly improved.

Ballough was including the real estate, furniture, equipment, inventory, and liquor license in the sale of the well-known bar.

Earl’s was also voted the bar with the “Best Music” this year by Sebastian Daily readers, taking nearly 45% of the entire poll.

Sebastian Daily will keep you updated on any new information about Ballough.

Our condolences go out to Ballough’s family and friends.