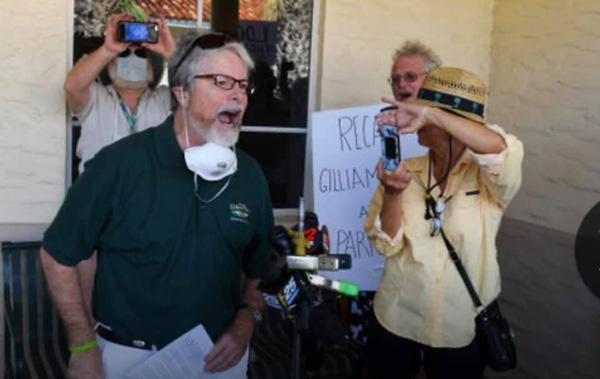 Gilliams, who owns the No Name Bar in Sebastian, won a seat on the Sebastian City Council in 2019 after one of the lowest voter turnouts in history. He was then arrested for violating the Sunshine Law and committing perjury. Gilliams was removed from public office by approximately 94 percent of voters during the Sebastian recall on Sept. 15, 2020.

On May 27, 2021, Gilliams was found guilty by a jury on perjury charges and for violating the Sunshine Law stemming from an illegal meeting to appoint himself as the mayor. Many citizens called the meeting an “illegal coup.”

The case against the disgraced councilman has been in the appeals court for over a year. If the appeal is denied, Gilliams has 24 hours to report to jail.

So far, Gilliams has lost all other appeals related to this criminal case.

The son, Fey Gilliams, ran for city council last year but only garnered 237 votes, losing in the city council race.

Here’s an updated list of candidates running for city council. Tomorrow is the last day to qualify.