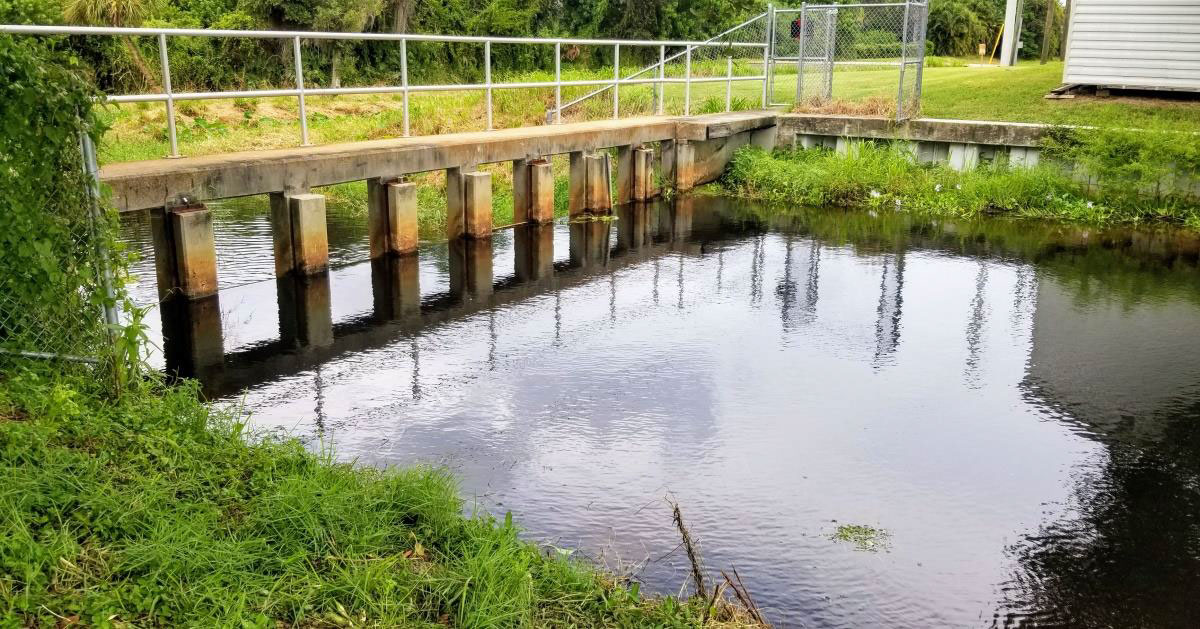 The City of Sebastian has completed a lot of work to fix the drainage problems caused by a 2019 moratorium spearheaded by former Council members Damien Gilliams, Pamela Parris, and Charles Mauti to ban all spraying used to maintain the canals and ditches.

Residents say the problem with the moratorium is that the three former council members, who were all later recalled, never had a plan to maintain the ditches and canals. The overgrowth caused a crisis throughout the city as we have seen many roads flooded, like no other time in the city’s history.

Last week, during the Integrated Pest Management (IPM) meeting, a presentation showed just how much work has gone into cleaning up the drainage issues.

Kim Haigler, an Environmental Planner/GIS Specialist who works for the City of Sebastian, presented facts that the public needs to know because of the misinformation being spread by a few.

For example, here are some pictures showing the mess at Hardee Park canal.

The photos show how an excess of vegetation blocks vital water flow, adding to the crisis we had with flooding when it pours in Sebastian.

After removing all the excess vegetation, things are flowing once again. Here are a few recent pictures taken just three days after cleaning the canal.

Here’s the data to clean up Hardee Park:

Remember, this data is only for Hardee Park. There are several areas where the city had to go in and remove vegetation because they were not being maintained due to the moratorium.

Here’s another example, the Collier Creek canal was also a mess after being neglected for nine months due to the moratorium. You can see by the first picture that the canal was overgrown with brush and invasive vines, ineffective for storing and moving stormwater.

The city staff used rental equipment to clear and restore the canal. It was a massive project to get the water flowing again.

Some of the banks had to be restored with hundreds of truckloads of dirt. It took three months to complete this project.

Here’s the data to clean up for Collier Creek canal:

Other places like the Tulip drainage, Melrose drainage, Potomac drainage, and drainage along CR-512 have been cleaned up the same way. The water is flowing again in these areas.

The total cost to restore the water flow in all areas was nearly $60,000, including payment to the contractor, rental equipment, and the truckloads so far to the Indian River County landfill.

What happened to all the vegetation?

Right now, it’s piled up at the airport. The cost to transport the truckloads to the landfill will be costly. The amount of vegetation sitting there is massive. Here’s a few photos from the airport.

How did this happen?

The 2019 moratorium banned all spraying, and Damien Gilliams, Pamela Parris, and Charles Mauti had no plan to maintain the canals and ditches.

After the three council members were removed from office from the Sebastian recall, the voters appointed Chris Nunn, Fred Jones, and Bob McPartlan to replace them. They, along with Ed Dodd, Jim Hill, and City Manager Paul Carlisle, have prioritized fixing the drainage problems.

There is science to support both sides of the argument, but the City of Sebastian was already working on spraying alternatives like mechanical harvesting long before Gilliams, Parris, and Mauti.

It was Ed Dodd, prior to becoming Mayor of Sebastian, who pressed for alternative solutions. He believed the city should slowly eliminate spraying vegetation once they found a solution.

What is the City of Sebastian Spraying?

City Manager Paul Carlisle told Sebastian Daily that they are only using approved herbicides, and he confirmed that they were not using glyphosate. Carlisle also said they are doing “best practices” until the Integrated Pest Management (IPM) plan is complete.

Also, Sebastian has done a lot of manual harvesting during the past year, more so than spraying.

“We are using the IPM plan on ground and on water using best practice until IPM plan is complete, we still have not used glycosphate.” Nunn told Sebastian Daily.

There’s been a lot of misinformation coming from some of the local environmentalists that city officials are using hundreds of gallons of herbicides each week.

So, we spoke with Brian Benton, the Leisure Services Director for the City of Sebastian, who told us the city is spraying once a month. They only used 4.8 gallons of herbicides during the last treatment in December.

Some of the nonprofits don’t think it was ever a crisis that vegetation blocked the canals and ditches, calling it “Mother Nature.”

The city has offered public meetings to discuss the IPM plan. The meetings have been ongoing, and the next one is scheduled for Monday, March 8, 2021, at 2:00 pm.