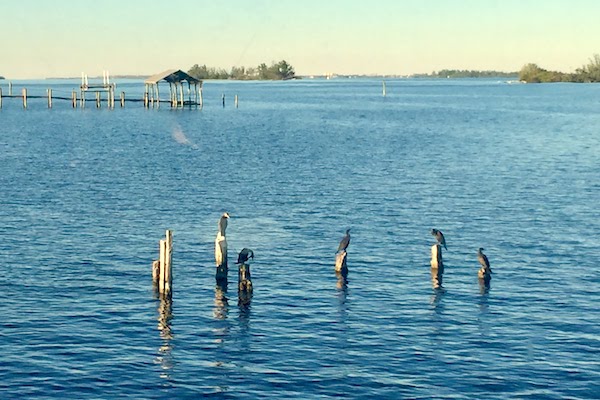 Snow flurries are possible in Florida on Wednesday, but not in Indian River County. Photo by Andy Hodges.

SEBASTIAN – While many people are excited about the possibility of snow flurries, don’t get too excited to see them here in Indian River County.

Everywhere you go this morning people in Sebastian and Vero Beach are talking about “snow flurries” on Wednesday.

For Wednesday, the high will be near 62 degrees. The overnight low will be 34 degrees (although other forecasts show 37 degrees, but we think 34 is more like it). The chance of rain is 60 percent. Winds will gust as high as 25 mph. Wind chill be as low as 29 degrees!

In 1977, most of Florida saw snow flurries all the way down to Miami. The temperature was about 25 degrees in Sebastian and Vero Beach. It was 28 degrees in Fort Lauderdale.

Our local temperature will be 34 degrees. Unless that drops further, we won’t see snow flurries in Indian River County.

However, areas near Orlando will be much colder and there’s a big chance they will see them up there.

Some meteorologists predict that Tampa will see snow, but we’re only seeing a low near 37 degrees. It won’t happen there.

Snow relies heavily on temperature, moisture, and usually low humidity. In 1977, most of Florida had those conditions and snow flurries were seen all the way down in Miami.

Snow on the ground depends on the weather conditions present as the snow falls.

For example, when snowfall is accompanied by strong winds, the crystals are broken into smaller fragments that can become more densely packed. After a snowfall, snow may melt or evaporate, or it may persist for long periods.

For snow to persist on the ground, the temperature must remain below freezing.

If It Does Snow

However, if it does, our Sebastian weatherman promises to run around in snow naked. We’ll have it LIVE on Facebook and our YouTube channel.

“I am the most accurate weather forecaster in the world,” our weatherman said.

Crash Kills 1, Shuts Down I-95 Near Sebastian Exit