Tropical depression could form this week in Atlantic 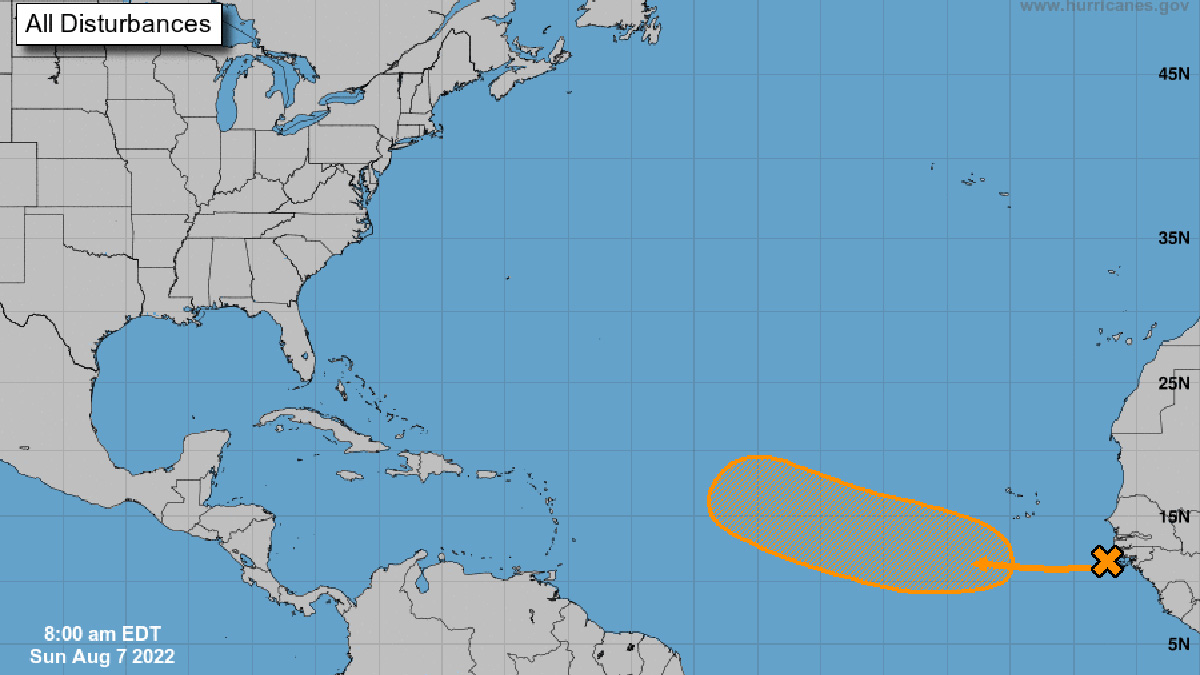 A tropical depression in the Atlantic could form as early as Wednesday as environmental conditions favor gradual development.

Sebastian Daily is monitoring the tropical wave just off the west coast of Africa as it moves westward to west-northwestward at 15 to 20 mph across the eastern and central tropical Atlantic.

As of right now, there’s no threat to Sebastian, Florida. However, the system is still far away, and its direction can change by mid-week.

There’s a 40 percent chance of formation in the next five days.

This week, the National Oceanic and Atmospheric Administration (NOAA) revised its storm forecast for the 2022 Atlantic Hurricane Season, reducing the number of named storms and major hurricanes by one each.

However, NOAA also warned that Atlantic conditions are still ripe for a more active season, with as many as 20 named storms, 10 hurricanes, and five major hurricanes Category 3 or stronger.

To prepare for a storm, make sure you have plenty of water, gas in your vehicle, and supplies like a flashlight. Some people buy an all-in-one hurricane kit with everything they need for up to 72 hours. There’s also a larger hurricane kit for families with everything. There’s even a solar and hand crank weather radio with light that can charge your mobile phones or tablets if you lose power during a storm.

The peak months for the Atlantic Basin are from August through October. Past storms that hit Sebastian occurred in September and October, including Hurricane Frances and Hurricane Jeanne.

Sebastian Daily will continue to monitor the tropics and bring you any updates as they happen.