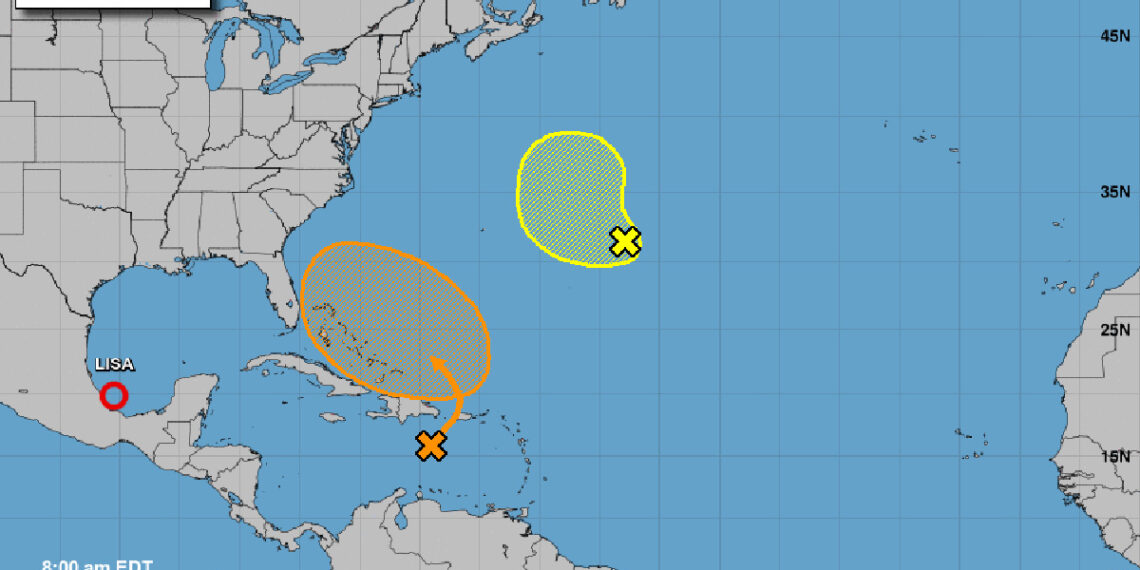 Florida may experience a tropical depression this week that could bring high winds and heavy rains to the east coast, the National Hurricane Center said.

But early weather models show an actual tropical storm moving through Sebastian, although it’s still too early to predict. There is no risk of a hurricane in Sebastian.

Forecasters say a trough of low pressure located over the eastern Caribbean Sea is forecast to move northward over the southwest Atlantic on Sunday. A broad area of low pressure is expected to form as the system moves north towards Florida.

“The system is initially expected to be very broad and disorganized. However, it could begin to acquire subtropical or tropical characteristics, and a subtropical or tropical depression could form during the early to middle portion of next week while the system moves generally westward to west-northwestward over the southwestern Atlantic. Regardless of development, there is an increasing risk of coastal flooding, gale-force winds, heavy rainfall, rough surf, and beach erosion along much of the southeastern United States coast, the Florida east coast, and portions of the central and northwestern Bahamas during the early to middle part of next week,” The Natonal Hurricane Center said.

In Sebastian, we are keeping a close eye on the disturbance as early models show we’re in the path. There’s a 60 percent chance of formation.

Sebastian Daily will provide updates as they become available.