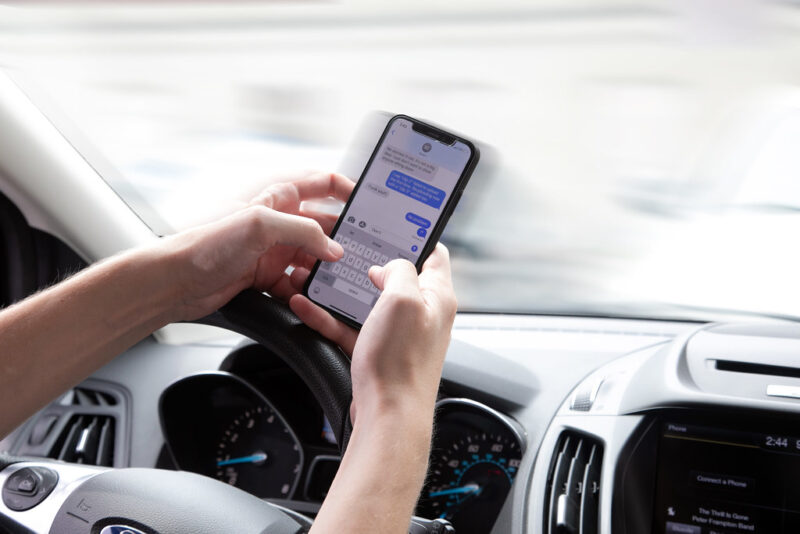 Texting while driving in Sebastian, Florida.

Editorial – Did you know there are severe consequences of using a mobile cell phone while driving in Florida? We asked a few people about the texting law, and they had no idea that a Florida ban on texting while driving existed.

Recently, I’ve seen people holding up traffic in the passing lane on U.S. Highway 1 because they are either on the phone or driving while texting. You can’t possibly be paying attention to your driving if you are texting.

Another example was when I wanted to make a u-turn from the center median on U.S. 1, but the person in front of me wouldn’t move. As I looked closer, they were texting on their phone.

It’s bad enough that we have people stopping traffic before making a right-hand turn or attempting to parallel park on U.S. Highway 1.

We’re all guilty of answering our phones while driving, which is a big distraction. It’s a dangerous habit and can risk a serious accident with injuries to you and others. But we need to change this habit as no call or text is worth risking an accident or death.

Last August, I published an article making it clear that the left lane is for passing on all double-lane roads. So if you don’t plan on making a left turn on U.S. Highway 1 and have vehicles behind you, please merge to the right lane.

Texting While Driving is Illegal

Texting or using a mobile phone while driving distracts the driver and increases the risk of causing a traffic accident. A driver cannot be focused on the road while being on a cell phone.

Suppose the driver causes a vehicle accident because of using a mobile phone while driving. In that case, they might be liable for medical expenses, loss of income, personal care costs, physical pain and suffering, mental anguish and emotional stress, disfigurement, disability, diminished quality of life, and more.

If you receive a ticket for using your mobile device while driving, you can face higher insurance premiums. The insurance company will see you as a high-risk driver, and it doesn’t matter if it’s your first offense. As a result, your rates could increase substantially.

If you have a second offense of violating the cell phone law while driving, you could have your driver’s license suspended.

The law states that it’s illegal to operate a motor vehicle while manually using a cell phone or other wireless communications device to email, text, or instant message.

It’s dangerous to operate a mobile device while driving and causes thousands of vehicle accidents each year. Unfortunately, many people have lost their lives while texting and driving.

It’s not worth the consequences of your insurance rates skyrocketing, accidents, or even death. It’s better to pull your vehicle over to use your device.