Is the left lane used for passing in Florida? We asked law enforcement. 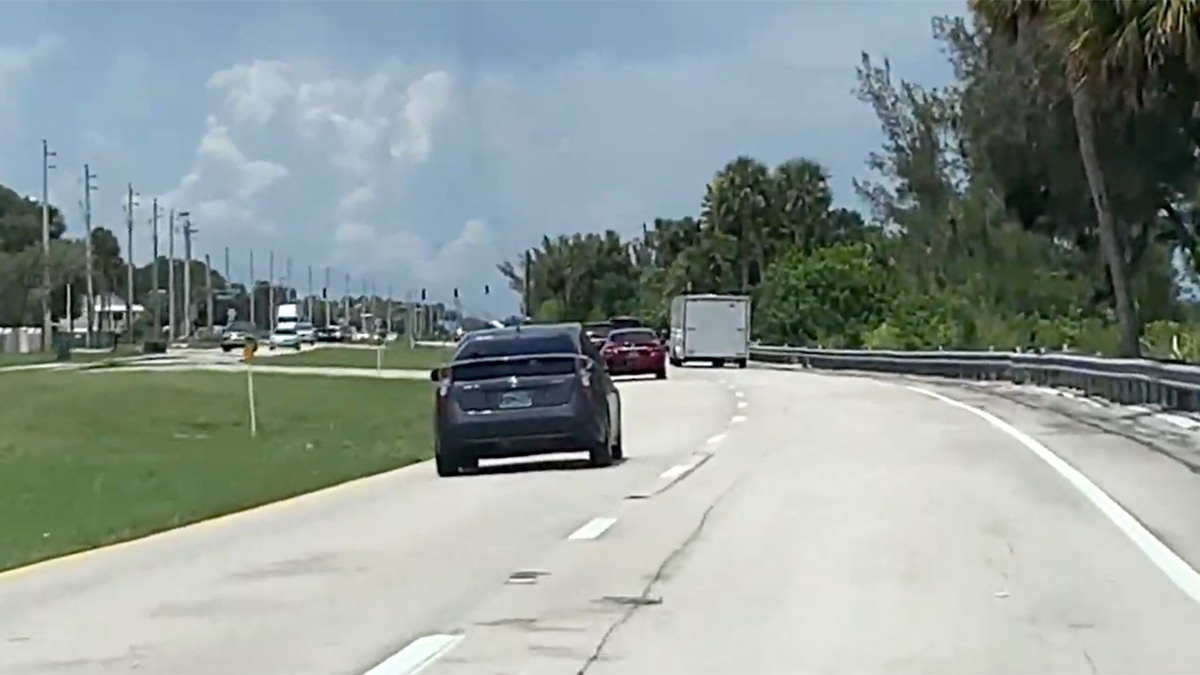 Left lane is for passing on most roads.

Last week, we asked the left lane question on our Sebastian Daily Facebook Page. So many people had different answers, and it was evident that no one knew, except for a few.

“Yes. The left lane is a passing lane. Once the driver passes another vehicle, they must merge to the right on US1. It’s for any double lane road,” Sergeant Doug Mackenzie, Traffic Sargent for Indian River County Sheriff’s Office, told Sebastian Daily.

We then spoke with Captain Timothy Wood from the Sebastian Police Department. Wood told Sebastian Daily the left lane is for passing and pointed out that many motorists drive slow to be cautious before making a left turn off the roadway.

So, if you see someone driving slow in the left lane on U.S. Highway 1, chances are they are going to make a left turn. But then there are motorists who don’t merge when they’re holding up traffic.

Fellsmere Police Chief Keith Touchberry told Sebastian Daily that while the left lane can be used as passing, it’s also a turning lane. Touchberry said that if a vehicle is driving below the posted speed limit sign in the left lane, they should merge right if they are not planning to make a left turn.

I mentioned to Touchberry that there are people who ride the left lane, driving slower than the posted speed limit, and we see it all the time in Micco and Sebastian on US1. We’ve seen near-collisions when motorists are holding up traffic.

Then we spoke with Darrel Rivers, Public Information Officer for the Vero Beach Police Department, and he said motorists could use the right lane to pass as long as there are “single broken lines.”

We then contacted the Florida Highway Patrol and spoke with their Public Information Officer. He also agreed that the left lane is for passing, but it’s more enforced on highways like the Florida Turnpike and Interstate I-95.

According to Florida Statute, motorists should be in the right-hand lane if they are traveling at the normal traffic speed.

“Upon all roadways, any vehicle proceeding at less than the normal speed of traffic at the time and place under the conditions then existing shall be driven in the right-hand lane then available for traffic or as close as practicable to the right-hand curb or edge of the roadway except when overtaking and passing another vehicle proceeding in the same direction or when preparing for a left turn at an intersection or into a private road or driveway,” section 2 of the statute reads.

The next paragraph explains that all motorists should merge to the right if the vehicle behind them is traveling at a higher rate of speed.

“On a road, street, or highway having two or more lanes allowing movement in the same direction, a driver may not continue to operate a motor vehicle in the furthermost left-hand lane if the driver knows or reasonably should know that he or she is being overtaken in that lane from the rear by a motor vehicle traveling at a higher rate of speed. This subsection does not apply to drivers operating a vehicle that is overtaking another vehicle proceeding in the same direction or is preparing for a left turn at an intersection,” section 3 of the statute reads.