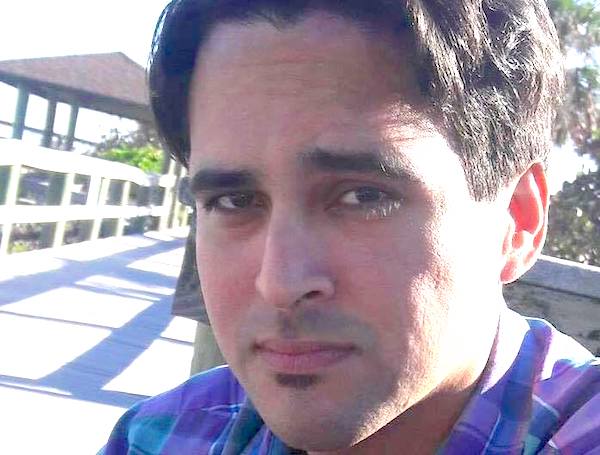 Jeffrey S. Sifuentes died after he was struck by an SUV in Sebastian. (Photo: Facebook)

A pedestrian who died Tuesday night after being struck by a vehicle on U.S. Highway 1 has been identified.

Jeffrey S. Sifuentes, 32, was struck by an SUV driven by Howard Brown, 75, about 9:00 p.m. near the No Name Bar in Sebastian. He was pronounced dead at the scene.

Brown was traveling on U.S. 1 south of County Road 512 when he hit Sifuentes. The accident closed the southbound lane of U.S. 1 for almost an hour.

Earlier in the day, Sifuentes was seen at the Tiki Bar & Grill in Sebastian. Tiki owner John Campbell saw Sifuentes at around 5:00 p.m. asking for directions to the Pelican Pub.

“He specifically said he was walking and wanted to make sure it was close. I told him to walk to the boat ramp and cross on the north side of Main Street, and the Pub was right there,” Campbell said.

Somewhere between that time and 9:00 p.m., Sifuentes was walking on the west side of U.S. Highway 1 just south of the No Name Bar. The Florida Highway Patrol believe that Sifuentes may have tried to cross the roadway when he was hit.

“Jeff was a very friendly guy. We met him one night at CC’s Place in Sebastian. He walked in and tried to make people laugh,” said Andy Hodges, Sebastian Daily’s editor in chief.

“I remember him telling women that they should always be with people who respect them and to always be themselves,” Hodges added.

The Florida Highway Patrol said the crash is still under investigation.