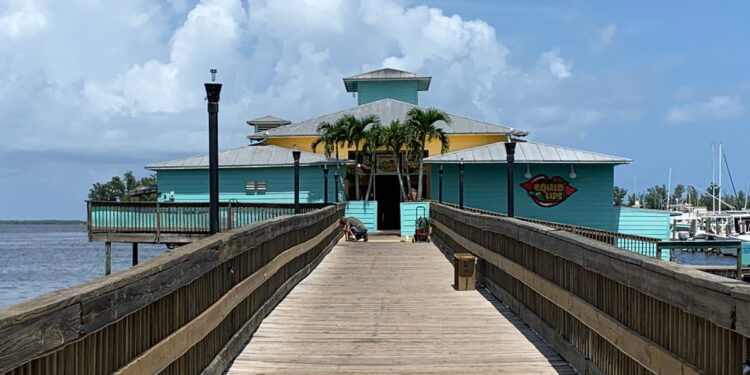 Buzz Underill of Squid Lips told Sebastian Daily the Sebastian restaurant and bar will reopen by the Christmas holidays.

Underill said they are moving forward as planned after spending time with structural engineers, permits, and contractors to finish up the work needed to reopen the business.

“We’re moving right along as planned,” he told Sebastian Daily.

Squid Lips suffered damage to its docks and business from Hurricane Nicole. The storm hit Sebastian on Nov. 10 during the early morning hours, damaging several docks in the Indian River Lagoon.

Underill has been concerned for his employees being out of work since the storm and hopes they can return soon after the restaurant is ready to open.

Also, two new restaurants are going in near Squid Lips, one over the water and another across the street. We’ll have more information about those businesses soon.