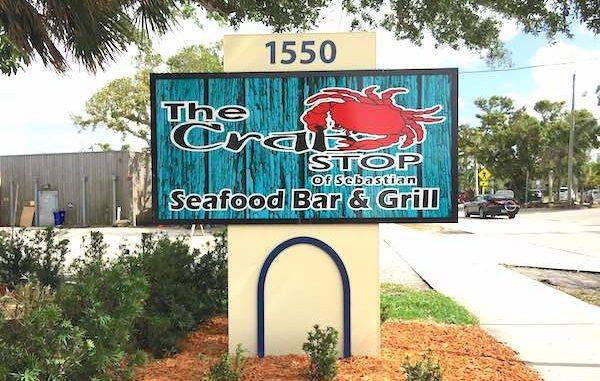 Crab Stop owner Ellis Buckner is being accused of touching a female bartender inappropriately during her shift, according to the Sebastian Police Department.

“This is definitely not true, and we’ve contacted our attorney, who advised us not to speak to anyone until further notice,” Ellis Buckner’s wife Brandy Buckner told Sebastian Daily.

On Saturday, June 6, 2020, the bartender said she was working behind the bar when Buckner bent down beside her and allegedly said, “nice legs.”

When the statement was made, there was no one else around her. The bartender then said she heard him say, “can I touch them” but thought maybe she misheard him. At that time, Buckner allegedly grabbed the upper/back portion of the bartender’s thigh and squeezed it for 10 seconds. Buckner then allegedly said, “nice, you been working out,” according to the bartender.

The bartender was upset and spoke with other co-workers because she didn’t know what to do.

“One co-worker told her there was a lawsuit at the Crab Stop in Vero Beach, also owned by Buckner, for something similar. Another co-worker told her, ‘I thought he stopped doing that,'” according to the police report.

The bartender was so upset that she walked out well before her shift was over. She said that she received multiple calls from Buckner, but did not answer the phone.

The bartender returned to Crab Stop in Sebastian and waited for the police to arrive. She then became visibly upset when Buckner pulled up.

“While speaking with [the victim] she was visibly upset and had tears streaming down her face. As soon as she observed [his] truck pull up, she became visibly shaken and sat down in her vehicle in order to hide,” the officer said in the report.

The officer then made contact with Ellis Buckner and asked if he knew why the police were there.

“When you have an employee walkout without notice after being touched, it is an indicator,” Buckner told the officer.

Buckner told police his side of the events that transpired Saturday. He was checking the registers in the restaurant, one of which is behind the bar. When he got to the bar, he observed a pool of water behind the bar.

He allegedly knelt down to check the fan that is used to keep the floors dry. The fan was not turning on, so he had to work on the breaker. Buckner told police that as he was kneeling, the bartender was working and appeared to be moving towards the fan where he was.

“He put his hand out as if to stop her and touched her upper leg,” the report said.

Buckner told police that he did make a statement of her having nice legs, and they appeared to be wet at the same time as he was putting his hand out to assure she did not bump into him, according to the affidavit.

“I touched her leg when trying to shield her from space, after the fan was turned on, stood up made comment that worker leg was wet,” Buckner wrote in a statement to police.

The officer said in the report that Buckner did not indicate that he made the comment “nice legs” in his written statement, although he verbally stated it to the officer.

“While I was speaking with, he had the phone on speaker the entire time. It is unknown what his reason was, but the entire conversation was recorded,” the officer said in the report.

The rest of his written statement did coincide with what he verbally told the police.

Both subjects were told to have no further contact.

The Crab Stop of Sebastian is not affiliated with Crab E Bills.