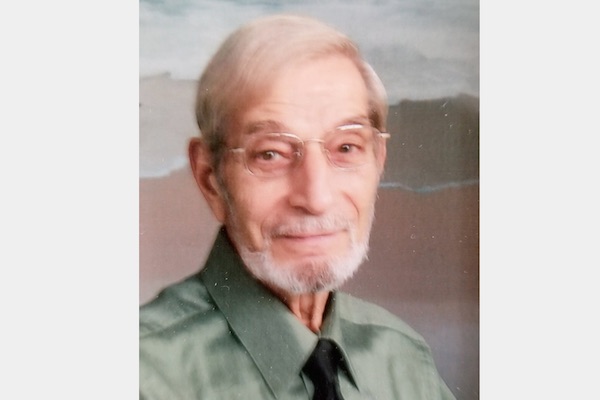 On May 21, 2019, Salvatore J. Nasci of Sebastian, Florida went to be with his Lord and Savior Jesus Christ. Salvatore (Sal) was born on May 27, 1926 in Rome, New York to Angelina Lo Mascolo and John Nasci and has been a Sebastian resident since 1993.

Salvatore, a WWII Veteran, served in the US Army as a Sergeant of the 40th Infantry Division, stationed in the Philippines during WWII and in Panama during the Korean War. He earned many decorations: Combat Infantry Badge, Asiatic Pacific Ribbon with Bronze Star, Philippine Liberation Ribbon with Bronze Star, Victory Medal, Sharp Shooter Medal, Good Conduct Medal. Sal was honored and proud to serve his country.

After his military career, Salvatore became an electrical engineer at Griffiss Air Force Base in Rome, New York and worked as a civil service employee for the U.S. Government for 30 years. In the highlight of his career, Sal tested and monitored the secure voice communications of space shuttle launches in effort to protect our country in times of war. He traveled abroad to test these secure communications and monitored them from mission control during active launches.

Salvatore retired and moved to Sebastian, Florida in 1993 where he remained active in his church community and donated his electrician specialties. If he couldn’t fix something, it couldn’t be fixed!

Sal was a loving husband, father, and grandfather. He leaves behind his faithful and loving wife of 44 years Patricia; his five beloved children, Susan, Kathleen, Leslie, Marty, and Maria; his cherished grandchildren, Cheri Lynn, Priscilla, Jacob, Brandon, and Sabella; and his sister Josephine (Pepina).

Sal was buried with Military Honors in the National Cemetery in Titusville, Florida. He faithfully served his country, his God and his family. He will be greatly missed — but never forgotten.