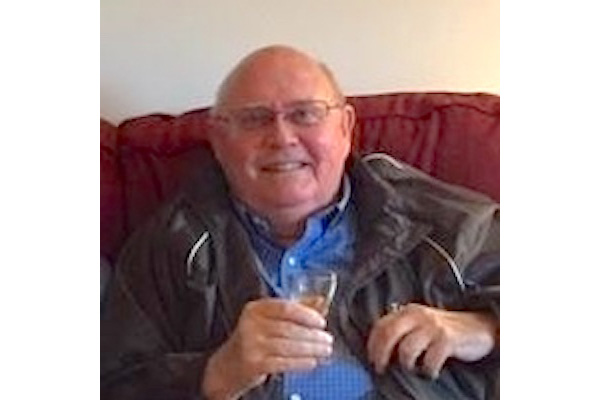 SEBASTIAN – Robert N. Bairstow, 84 of 105 Day Drive, Sebastian Florida has passed away with his family by his side.

Robert was born in Pittsfield, MA to Harry and Phyllis Bairstow on February 6, 1934.

Robert graduated from Dalton High School in 1951 with interim year at Mount Herman in Northfield MA. He attended the University of Massachusetts, graduating in 1957 with a Bachelors Degree in Dairy Technology. He married Dorothy (Donald) Bairstow, of Dalton, a teacher in the Central Berkshire Regional School District. They raised their family and lived for 40 years on Carson Avenue, Dalton before retiring to Florida in 2003 to their newly built home on Day Drive, Sebastian Florida.

Upon graduation from UMass, Robert went to work in his father’s dairy business, Berkshire Farms, for five years. After a career change, Robert worked as an architectural window representative until retirement, selling historic restoration and commercial windows with a territory from Buffalo NY to Boston MA. He was passionate about town politics becoming a member of the Dalton Finance Committee for 6 years, three years as chairman. Later becoming a member of the Central Berkshire Regional School Committee for 9 years, 3 years as chairman. Additionally, he was a Public Health Agent for Dalton for several years. After retirement he continued to work at Home Depot where he was affectionately referred to as “Mr. B.” in Pittsfield, transferring to Vero and then Sebastian when they moved to Florida.

Robert enjoyed boating and fishing, which he did at a family camp for 18 years in Ipswich MA. He belonged to a bowling club in the Dalton area, which evolved into a lawn bowling club membership in the Vero Beach area. Robert was an avid music lover from childhood learning several instruments and in retirement participated in a local Irish music group, where he played the banjo. He was a very social man and nothing pleased him more than a good laugh over a card table or dinner table with family and friends.

Robert is survived by his wife Dorothy (Donald) Bairstow of Sebastian Florida, his children, Jamie L Bairstow of Williamstown MA; Sally Fortini (James) of Chesterfield, MA; Deirdre Bairstow-Allen of Dalton & Boston, MA; Rachael Bairstow of Sebago ME; and William Bairstow of Gloucester, MA. He is also survived by 7 grandchildren and 6 great-grandchildren, his sister, Janet Kokoszka of Peru, NY; brother, Douglas Bairstow (Ellen) of Center Harbor, NH; and several nieces and nephews. He was a member of the First Congregational Church in Dalton, MA.

A Celebration of Life service will be held on October 18, 2018 at the Seawinds Funeral Home, 735 S. Fleming Street, Sebastian FL. The service will begin at 2:00 p.m. In lieu of flowers, memorial contributions are suggested to The American Heart Association or National Kidney Foundation. Online condolences may be shared at www.seawindsfh.com.

Grab the kids and head to the Community Night Out

Grab the kids and head to the Community Night Out