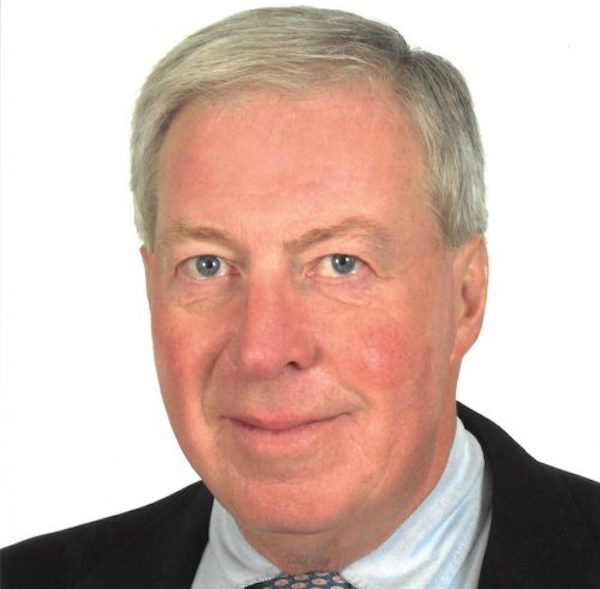 He attended Kenmore and Tonawanda schools. He was a three-sport athlete (football, basketball and track) and president of the Kenmore Varsity Club, graduating from Kenmore High School in 1955.

He earned a bachelor’s degree in business administration from Northwestern University in 1959, where he met his bride-to-be, Carol Eggerss, and was president of the Delta Upsilon Fraternity.

He worked at the General Finance Corporation in Evanston, Ill., throughout college and for the Ford Motor Company in Dearborn, Mich., upon graduation.

Upon persuasion from his father, he agreed to join the family business, R.B. Newman Fuel Corp., in 1960. He and his late brother, Donald F., expanded the business into the largest independent supplier of petroleum products in Western New York – and one of the largest family-owned companies in the region.

Mr. Newman also served as president of the company, and as chairman from 1998 to his retirement in 2002. In addition to helping to build his family business, NOCO Energy Corp., Mr. Newman was proud to be a booster of many Buffalo business and civic organizations. He even put it on his business card: “Reginald B. Newman II, Cheerleader.”

He received several awards from the University at Buffalo, including being recognized as the Executive of the Year in 1997, receiving the Walter P. Cooke Award in 1998 and their highest honor, the Norden Medal in 2006. He served on the Board of Regents at Canisius College and received an honorary degree in 1997. He was also a past president of the Rotary Club of Buffalo, The Country Club of Buffalo, The Buffalo Club and a member of the John’s Island Club.

Reg was affectionately known as “Grampsy” by his four grandchildren and loved nothing more than mentoring them in the more important things in life like how to play gin rummy, good manners and to take only one practice swing on the golf course.

He demonstrated to them the importance of family, hard work, good values, and how to live life to the fullest. He believed in them, encouraged them, humored them and inspired them.

Reg was best friend to many and truly a one of a kind who made the most of each and every day. He possessed the most admirable qualities in life – love of family and friends, integrity, humility, generosity, perseverance, and the ability to make the perfect martini. He loved his country, was an ardent supporter of his hometown of Buffalo, enjoyed golfing and hunting with friends, and had a passion for jazz and classical music. Reg was truly an inspiration to all who knew him.

A memorial service celebrating Reg’s life will be held at a time soon to be announced. If desired, memorials may be made to the Rotary Club of Buffalo Permanent Endowment Fund, 701 Seneca Street – Suite 218 , Buffalo, NY 14210. Amigone Funeral Home has been entrusted with the arrangements in BuffaloReginald B. Newman II, 80, Vero Beach