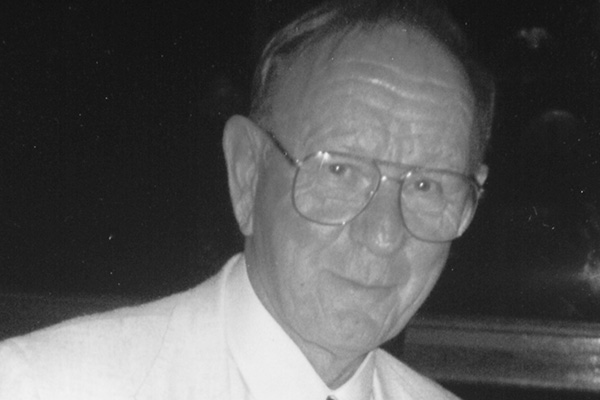 John Ellis passed after a brief illness on July 13, 2019 in Apple Valley, California. He is survived by five sons, two step-daughters, eleven grandchildren and three great-grandchildren.

He was the adopted son of John and Grace Ellis of Hartford, Connecticut, and the brother of Elizabeth Anderson. Late in life, he identified his biological father as James Curtis Waldrop and united with two surviving half-sisters, Kay Depel of Crown Point, Indiana and Rita Russell of West Ormond Beach, Florida. They invited him to visit with them in Florida and introduced him to his newly extended family.

John attended Boston University on a track scholarship and set school records as a sprinter. After graduating in 1952 with a bachelor’s of science degree, John began a career as a teacher, first in Wolfboro, New Hampshire and then in Oceanside, New York.

John married Barbara Rowe of Springfield, Massachusetts, in 1952 and they had five sons: Chris, Jeff, Jon, Mick, and Kevin. In addition to teaching biology, John became active in coaching his sons’ teams in little league baseball and midget football. In later years, he volunteered as an assistant coach wherever he lived, most recently at Granite Hills High School in California.

John married Diane Mathewson in 1984 and they enjoyed a long retirement together. They lived in Sebastian, Florida for over a decade in the 1980s and 90s, where they were active members of the community. John was president of the Sebastian Lion’s Club for two years and in 1997 he was recognized by the club as Lion of the Year.

John and Diane moved out west to be closer to family, eventually settling in Apple Valley, California. After Diane passed in 2004, John maintained a loving relationship with Diane’s daughters, Laura Kagan of Littlerock, California and Lisa Gibney of Oceanside, New York.

John was known for his sense of humor and was an accomplished storyteller. Well into his 80’s, he was known for being light on his feet on the dance floor. He contributed to the community wherever he lived and will be remembered and missed by those who knew him.