Letters to the Editor: Fourth of July Complaints 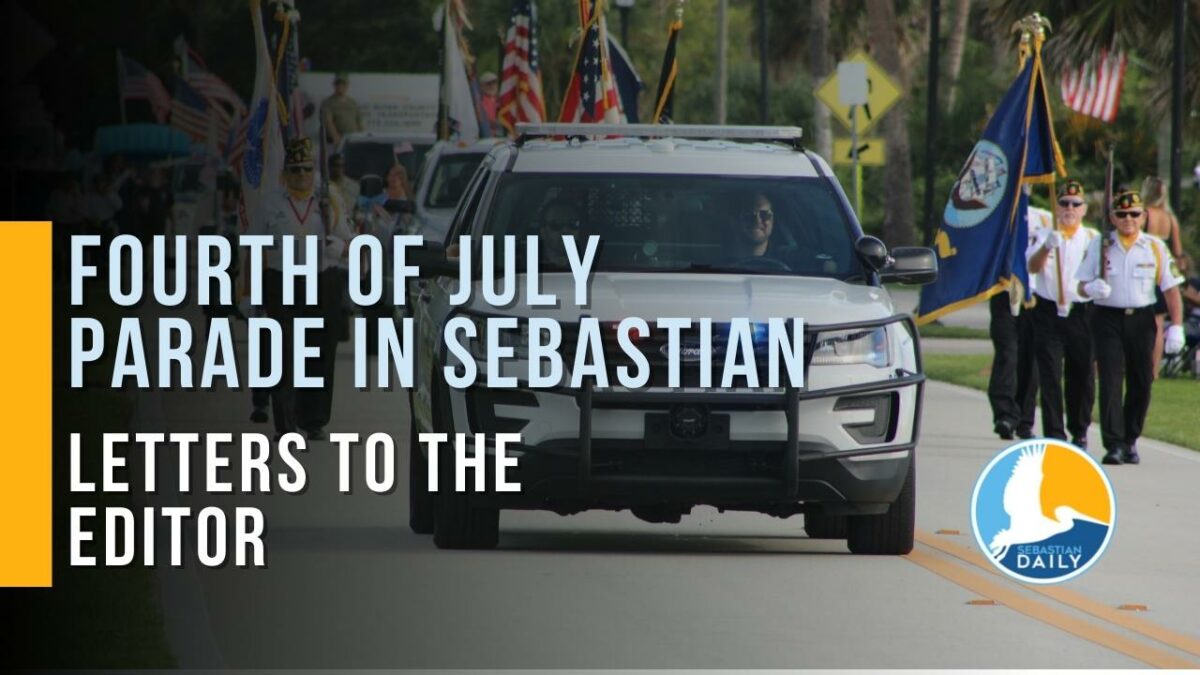 The city will address some of the complaints at its next City Council meeting. I also want to emphasize that most people enjoyed the Parade.

We also received several comments about our Fourth of July editorial. Here are some of those letters to the editor.

Parade coordinators need to do better

The giant Biden banner was on the back of the tractor-trailer cab behind the fitness team. Fine to promote your candidate but no place for that type of sign.

Parade coordinators should check and remove the participant from the Route and ban them for a year or two.

Also concerning was that the only black candidate was put behind the Confederate float. This is not the first time they have done that. Even if it was inadvertent, it doesn’t take a rocket scientist to look at it and say “hmmmm, this is wrong” let’s move them around.

The last time they did it, was the year the guy on the back of the float was cracking a whip. Real classy parade directors.

I agree with your editorial dealing with complaints about the Parade. First of all, thank you for making the Sebastian Daily video available. Thanks to that I was able to enjoy it since I could not attend it live. It made me feel like I did not miss it entirely, and I appreciated it.

I also appreciate all of the hard work that people went through to put it all together; from planners, to builders and marchers as well. I have had it with people finding issues with anything and everything possible. If you want to see something different, get creative and put some elbow grease into making a presentation or float for next year.

Our Parade has a charm about it. It runs along a scenic boulevard and puts smiles on many faces. The handouts are a welcome bonus. I’ll take a roll of smarties, please.

Fourth of July or Independence Day it’s all the same thing, and your preference is as good as mine. What’s not the same is the daylong celebration you find here in Sebastian compared to anywhere else in Indian River County.

Instead of looking at something to be disgruntled about, people should just relax and enjoy what they have. Stop looking for things to complain about and smile… or grab a tissue.

The first thing that just seemed to hit me about complaints being made is the fact that growth in Sebastian has been so great due to the influx of folks from up North. Sad to say, but they always move from areas with restrictive politics only to complain and turn their new paradise into exactly where they left from.

As far as saying “Biden sucks,” why is that? I would think folks are just thrilled to pay almost $3.00 dollars a gallon more for food and endure inflation not seen in years, along with not being able to define what a woman is.

If they do not like the South, and small town America style parades, they can always go back where the grass is more Blue.

I agree. People will find something to complain about no matter what.

There was plenty of advance notice of the Parade Times and Route.

With the frequency of Festivals held in Riverview Park, parking shortages and detours are a fact of life. In a Town like ours, it should not be a major problem for most people.

Our first Sebastian Parade was Xmas 2020. My comment to my wife is that we apparently moved into a Hallmark Movie. Reminded me of the Norman Rockwell era.

We witnessed a few confused drivers on US1 trying to bypass the detours, and a City Worker I know had one person try to run he and an officer down because “his political party” was being blocked by the detour.

While we did not go to the Parade, we did visit the festival and watch the fireworks. Unfortunately, these days political statements are “in your face” everywhere, and the tone is now in the gutter. This is not just limited to Sebastian. Learn to ignore the hatred and remember the ballot box IS private.

Thank you for putting a positive look on the Parade

I guess too many people feel that complaining is the only way to comment. Ask how many people enjoyed the event. They are usually silent. I have decided only to compliment good works and not speak to the negative unless it’s arrogance, hatred, or just poor manners.

As for lack of business participation, they have gone through two years of covid, can’t get enough employees, and probably had to decide between paying bills or feeding their families.

Amen to your fabulous editorial about the Parade. Spoiled children in their senior years!

All the best, and I hope you had a happy day of celebration on the Fourth of July!

Make no mistake about it

People complained because of the nasty political signs referencing President Biden. They were there at the Parade, and they had no place there.

It’s divisive at best and borders on treasonous when it was made abundantly clear this past week that total disrespect for our country and our leaders can turn into insurrection.

We have to respect the results of our electoral system in order to protect our democracy. Riling up the masses because you don’t like the results HAS to be unacceptable.