Why were people taking pictures with a shark? 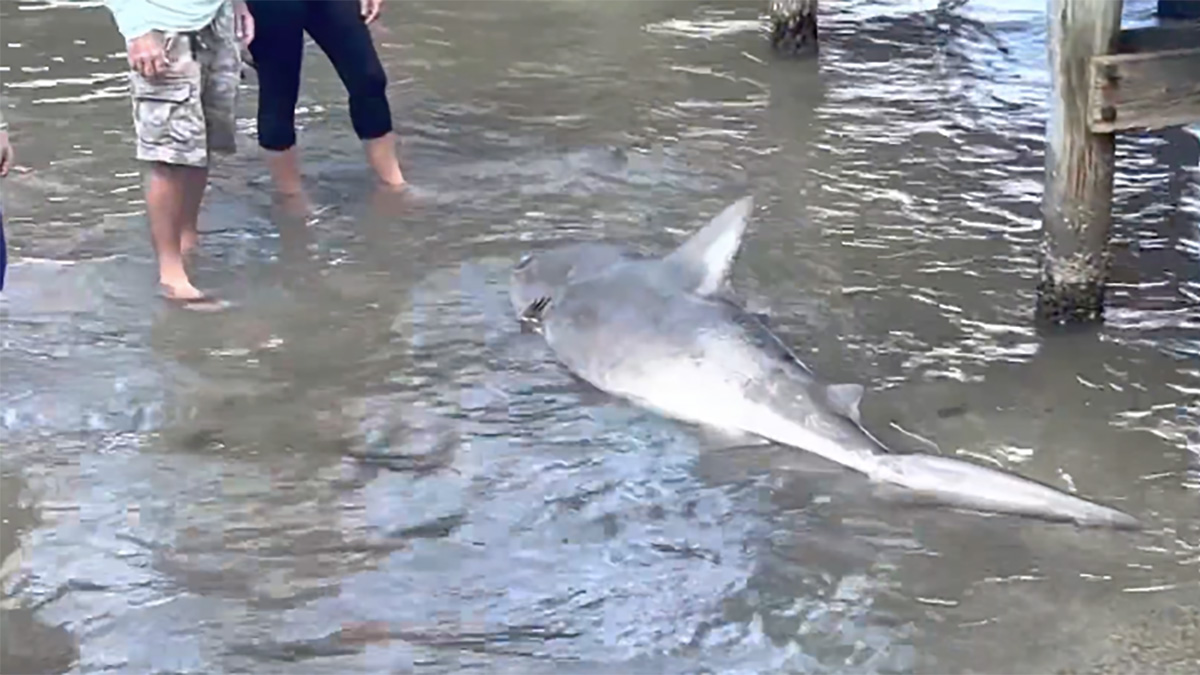 Editorial – Last Friday afternoon, some people were distressed after watching a video we published of others taking pictures with a shark, calling it “distasteful” among other things. It was not a news story, but a video showing people taking pictures of the angler’s catch of the day, a common occurrence in Sebastian.

Surprisingly, after publishing the 1-minute video, some people threatened to call and complain to Florida Fish and Wildlife Conservation Commission, and others demanded that Sebastian Daily take down the video immediately.

First off, bull sharks are harvestable in Florida. Therefore, there was no wrongdoing in catching the shark. Second, if you were disturbed by people taking pictures with the shark, we apologize, but that’s what we do after fishing in Sebastian. Third, some people didn’t understand what was happening in the video since we didn’t update the description until later. But anyone living here long enough would know it was fishing without any further explanation.

Please remember that Sebastian is a fishing village. Please take the time to learn about Sebastian’s fishing heritage because we’re proud of it, and that will never change.

Some people asked Sebastian Daily to apologize for showing the video. We refuse because that would mean apologizing for fishing and our heritage here in Sebastian. We don’t believe anything was wrong with the video showing an angler’s catch and permitting others to take photos.

Jessie Reid and her father caught the shark while on the Big Easy Fishing Charter. Big Easy is one of the best fishing charters in Sebastian. The dead shark was near the shoreline to be filleted because it was too heavy to bring on the dock. It is common practice with fish that large.

A similar thing happened a few years ago when we filmed an angler catching a hammerhead shark off the beach. It was a catch and release that day, but a few people still said it was animal brutality.

Capt. Terry Wildey of Big Easy Fishing Charters has been fishing for a living here in Sebastian for 50 years. He catches well over a hundred sharks a year, and all are released safely back to the ocean. However, this catch was harvested for a reason.

“This shark was harvested after being called in by a local diver that said he was aggressive, and to release him would mean the next shark attack you hear on the news could have been avoided. These sharks are regulated by south Atlantic fisheries and deemed open to harvest. We are one of just a few boats working with the Harbor Branch to get DNA samples of shark bites to try and understand why we have an unbalanced amount of shark population on the east coast right now,” Wildey said.

Sebastian has always been a fishing village, and I think when people move here, they should learn about our heritage before judging a catch by an angler.

Sometimes an angler will permit others to take a picture with their catch, as we saw happen in the video.

Bull sharks can be deadly because they swim where we swim. There are frequent attacks because they hunt in shallow water. Sometimes when humans are splashing in the water, it can lead to an accidental attack.

Bull sharks are also very aggressive, which helps them survive. They are also cannibalistic, eating younger bull sharks and other shark species.

According to The National Wildlife Federation, male bull sharks grow to about seven feet in length, and females grow to 11 feet or more. Adults usually weigh between 200 and 500 pounds.