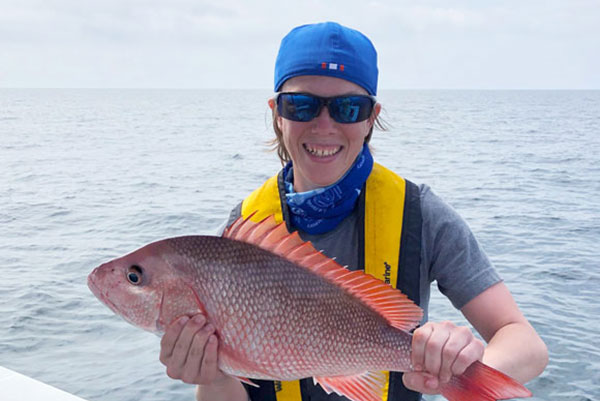 Researchers with the Florida Fish and Wildlife Conservation Commission (FWC) and the National Oceanic and Atmospheric Administration tell Sebastian Daily they are looking for anglers’ help to capture information about the Atlantic red snapper fishery.

The 2020 recreational season in Atlantic federal waters is July 10-12 and July 17. Anglers are limited to one fish per person, per day, with no minimum size limit.

FWC researchers will be out along Florida’s east coast during each day of the season asking recreational fishers about their red snapper trips and their catch. For the safety of the public and staff, the survey has been shortened this year so that anglers may quickly complete the in-person interview. Additionally, FWC staff will be wearing masks and following social distancing and disinfection protocols.

Researchers will also ask to count the number of red snapper harvested and, as conditions allow, may also ask permission to measure and weigh harvested fish and collect biological samples. This will not affect the fillet and will help determine the size and age distribution of the red snapper population.

In addition to special surveys conducted during the red snapper season, the State Reef Fish Survey is also being conducted year-round on the Atlantic coast of Florida. This newly expanded survey will collect data directly from recreational anglers and spear fishers with the State Reef Fish Angler designation, which is now required to harvest certain reef fish species, including red snapper, anywhere in Florida.

The two surveys will be used closely together to track red snapper landings in-season and improve year-round estimates of recreational catch, including releases, for a variety of important reef fish stocks, including red snapper in the south Atlantic.

As always, anglers are encouraged to use best handling practices on fish that are being released. New federal regulations in Atlantic waters that go into effect July 15 include a descending device requirement and a requirement for all hooks to be non-stainless steel. Additionally, only non-offset (flat) circle hooks are allowed when fishing north of 28 degrees N. latitude (approximately Melbourne, Florida).

Learn more about the science behind the surveys, visit the State Reef Fish Angler website.

For information on snapper rules and regulations, visit Saltwater Fishing.