Victor Wainwright and the Train performing at Earl’s Hideaway Lounge 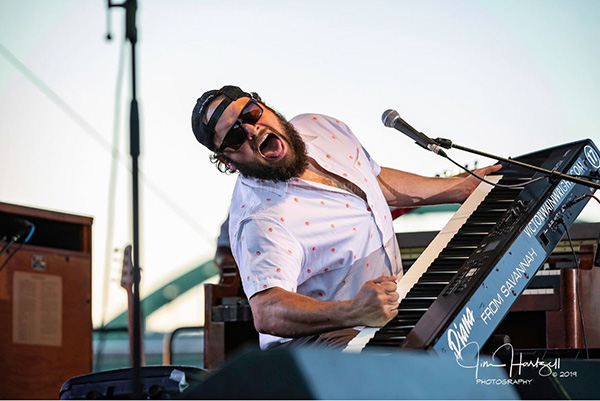 Victor Wainwright and the Train will be performing at Earl's Hideaway Lounge in Sebastian, Florida.

Victor Wainwright and the Train will be performing live at Earl’s Hideaway Lounge in Sebastian, Florida.

Wainwright’s forthcoming album, “Memphis Loud,” is due out on Ruf Records this coming March.

“We’ve assembled the same exact top-notch team as our last record. It will be all original music,” Wainwright told Sebastian Daily.

In addition to this year’s BMA nomination, Wainwright earned a 2019 Grammy nomination in the “Best Contemporary Blues Album” category. The Memphis-based musician’s non-stop touring schedule in 2019 included a headlining slot at the famed three-day Big Blues Bender in Las Vegas, where he’s confirmed to perform again this coming September.

Though his career began over a decade ago with genuine rock n’ roll honky-tonk, Wainwright (a/k/a ‘The Piana From Savannah’) has broadened his artistic scope over the years to include music representing virtually every corner of the blues. His insatiable interest in music discovery, sheer love for entertaining and curiosity have led him all around the world, and the resulting perspective is a reflection of his passion for entertaining and creating progressive roots music in an effort to move the art-form forward. Composer, producer, vocalist, and award wining entertainer and piano player; Victor Wainwright is a raucous high-octane, dynamic performer and crowd pleaser with soul to spare.