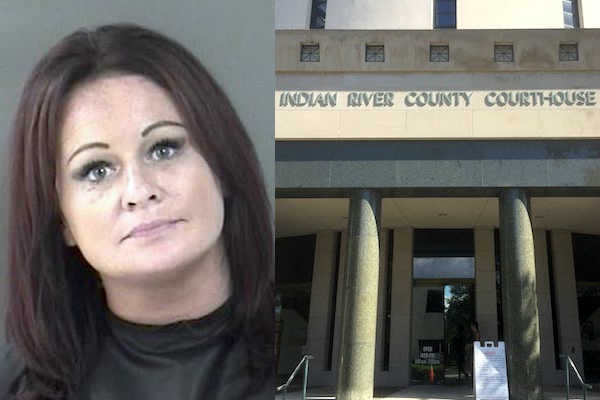 Woman arrested on making a false report after alleging she was kidnapped and beaten in Vero Beach.

VERO BEACH – A woman told the judge that she was drunk and her alleged battery and kidnapping in Vero Beach was just a misunderstanding.

Tina Ann Zawaski, 35, showed up in a Vero Beach courtroom expecting to face her kidnapper and the person she said beat her.

However, she claims that her accuser, Courtney Thomas, wasn’t all that guilty of the charges.

The judge called a deputy into the room from the Indian River County Sheriff’s Office before further questioning.

Judge Wild and the defendant’s attorney began to question Zawaski about the serious allegations.

She told the court that it was all a big misunderstanding and that she was very intoxicated the evening of the alleged battery and kidnapping, according to the report.

The judge then asked Zawaski if she had lied to the deputy about the kidnapping and she stated “yes.”

The deputy in the courtroom then read Miranda rights to Zawaski and asked if she would speak with him about the case, and she agreed.

The deputy asked her if Thomas, the defendant, had pulled her into a black SUV rental to kidnap her, beat her, and she stated “no.”

“I asked her if she had lied to the deputy who took the report. She stated yes but she was very intoxicated that night, and it was all a big misunderstanding,” the report said.

Zawaski was arrested and transported to the Indian River County Jail where she was charged with making a false report to law enforcement.