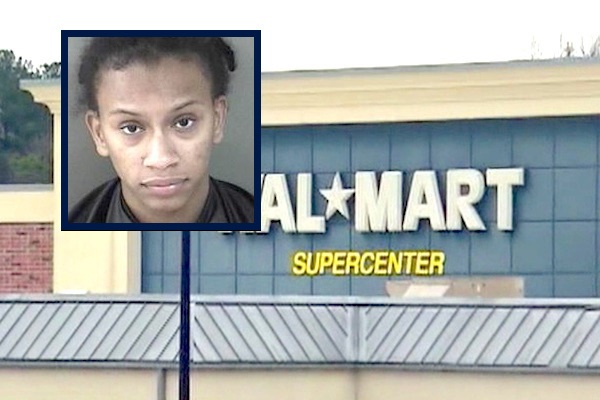 VERO BEACH – A woman was arrested at the Walmart in Vero Beach after stealing a cell phone because she wanted a new one, according to the Indian River County Sheriff’s Office.

Rhonda Lockhart, 18, was observed at the Vero Beach Walmart using a pair of scissors to remove a cell phone from its anti-theft locking package. She then concealed the packaging under several pillows in a shopping cart.

Lockhart then abandoned the scissors and proceeded to the Electronics Department where she selected an SD Card from the shelf and removed the item from its packaging. She then walked to the Garden Center patio and exited the store, passing all points of sale.

Deputies made contact with Lockhart who said she stole the cell phone because she wanted a new one. She explained that her roommate had given her a phone, but she wanted a better one, so she went to Walmart.

She told deputies that she never intended to pay for the merchandise, according to the report. Lockhart also had a previous trespass warning at the Vero Beach store.

Lockhart was arrested and transported to the Indian River County Jail where she was charged with retail theft and trespass after warning.