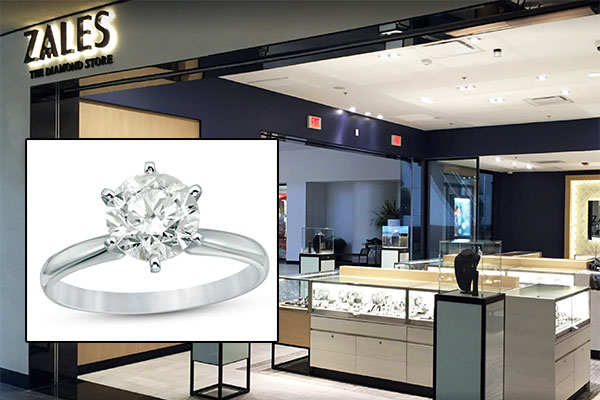 The Indian River County Sheriff’s Office is still investigating a diamond ring theft that occurred at Zales in Vero Beach.

On August 1, 2019, at approximately 7:30 p.m., a woman entered Zales at the Indian River Mall looking to purchase a diamond ring.

“The suspect asked to look in the Solitaire collection; this collection is the most expensive in the store,” the deputy said.

The woman sat down at the counter and asked to hold the ring. Then she looked around and took off running out of the store.

The Zales employee began to scream, which caught the attention of another customer who watched the suspect run out of the store towards Sears.

Deputies spoke with Sears employees who advised that no one came through their store. While searching the nearby area for the suspect, an emergency exit was located next to Sears, which is most likely where the suspect exited the mall.

The ring was a 2-Karat round Solitaire 14-Karat White Gold that is valued at approximately $13,899.

The sheriff’s office is still investigating the theft and reviewing surveillance video from Zales and the Indian River Mall.

So far, no arrests have been made.

Anyone with information about the ring should contact the Indian River County Sheriff’s Office at (772) 569-6700.