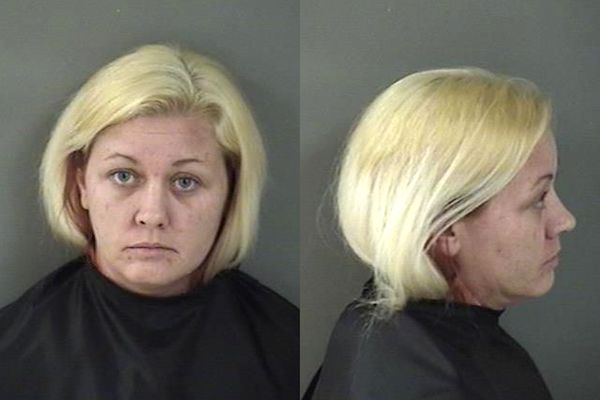 A woman tells police she inserted a tire gauge into her uterus in Vero Beach.

VERO BEACH – A 32-year-old woman told a deputy that she hid a tire gauge in her ‘uterus’ during a traffic stop, according to the Indian River County Sheriff’s Office.

Melissa Kay Moneyhon was stopped at the 2800 block of 45th Street in Vero Beach by a deputy for having a missing headlight.

While conducting the traffic stop, the deputy smelled the odor of fresh marijuana emitting from Moneyhon’s vehicle.

The deputy then found a used syringe with a clear liquid substance in it when they searched Moneyhon. The substance tested positive for cocaine.

“While Moneyhon was detained, she advised she had stuffed a tire gauge in her uterus which she used to smoke crack cocaine out of it,” the deputy said.

Moneyhon removed the tire gauge from her ‘uterus,’ and it was identified as something used as a crack pipe. The tire gauge had a white liquid form substance on the end which field tested positive for cocaine.

Moneyhon was arrested on charges of Drug Paraphernalia and Felony Cocaine Possession. She was transported to the Indian River County Jail where her bond was set at $3,000.