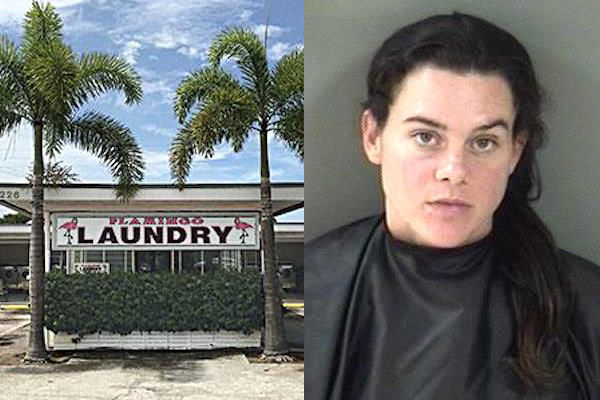 Officers met with the victim who said she was returning to retrieve her clothes when she witnessed a woman putting them into her clothes basket. The victim confronted her, but the woman only laughed and proceeded to her vehicle.

The victim took a picture of the vehicle’s license plate and then called the police. She described all of her clothes to officers, including work shirts valued at $60.

The Indian River County Sheriff’s Office spotted the vehicle not far from the location and conducted a traffic stop.

Angela Boerner, 33, told police she thought the clothes were abandoned, so she took them.

When police questioned her about the confrontation with the victim, Boerner stated she “didn’t give the clothes back because she didn’t want to look stupid,” according to the report.

Police collected the clothes and returned them to the victim.

Boerner also told police that she does not have a driver’s license because it was suspended for failure to pay traffic fines.

Boerner was arrested and booked on charges of Misdemeanor Drive W/Suspended DL With Knowledge, and Theft with a $1,000 bond.