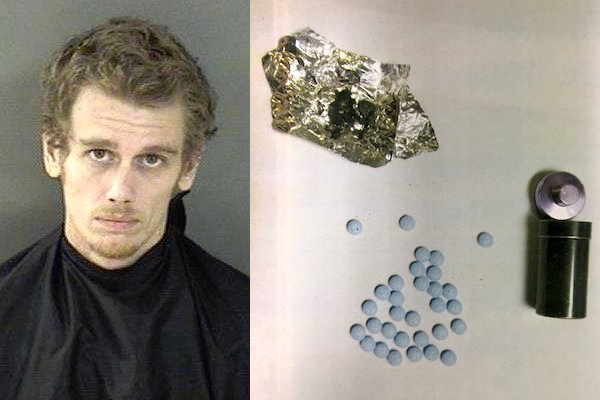 On Tuesday morning, the Fellsmere Police Department stopped a 2002 Mercedes near the intersection of South Carolina Avenue and Babcock for a traffic infraction.

The driver, later identified as 27-year-old Paul Green of Vero Lake Estates, seemed nervous and fidgety. Officers noticed that he was trying to conceal something in the vehicle.

Green told police he was in Fellsmere looking for his lost dog and admitted that his driver’s license was suspended.

The investigation revealed he was in possession of a vile that contained 30 oxycodone pills and some tin foil with the burnt residue of an oxycodone pill stuffed inside. He said the pills belonged to his mother.

Green was transported to the Indian River County Jail without incident.