Vero Beach Woman Tells Police: ‘I don’t Have To Listen To You’ 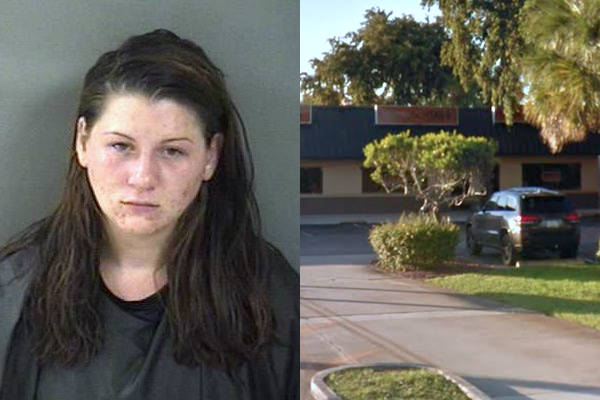 Police were called out to Filthy's Bar in Vero Beach in reference to a disturbance.

Vero Beach police officers made contact with the bar staff and identified three female suspects who were involved in a disturbance.

Kayla B. Cooper, 21, told officers that one of the female suspects pushed and hit her while inside the bar.

Officers then made contact with the two other females but were unable to determine the primary aggressor after viewing the security camera footage.

Police decided to warn all suspects until Cooper walked away and was involved in another altercation with a female bar patron, according to the report.

“I told the female to stop yelling and told Kayla to leave. Kayla’s response to me telling her to leave was ‘no I have to sign some papers.” I then instructed her to walk to the vehicle that was going to give her a ride home, and she could sign the paper there,” the officer said.

However, instead of signing the paper and taking a ride home with a friend, she continued to disobey commands by the police as they were trying to talk to the other two suspects, the report said.

Another officer told Cooper three times to leave, and she responded by saying “I don’t have to listen to you,” police said.

Cooper was arrested for Disorderly Intoxication and transported to the Indian River County Sheriff’s Office.