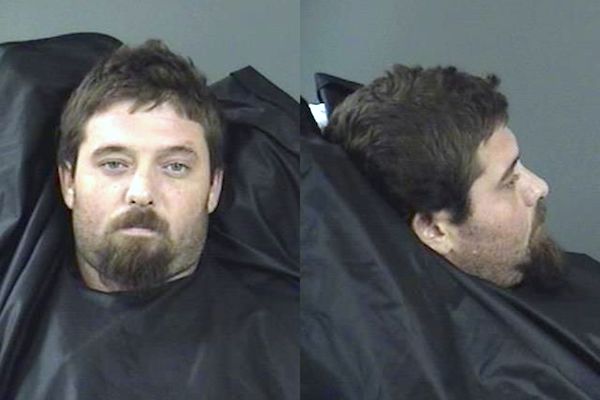 SEBASTIAN – The Sebastian Police Department has added a felony for fleeing charge to the man involved in an Oct. 9 shooting with officers at Earl’s Hideaway.

Ward Kenyon, 28, is accused of eluding Sebastian Police Officer Tegpreet “Preet” Singh on Sept. 26, according to a warrant affidavit.

Officer Singh spotted a green two-door pickup with a headlight out as it was traveling on U.S. 1, according to the affidavit.

Singh stated he identified Kenyon as the driver of the truck as it fled from him, traveling north in the southbound lane at speeds reaching 100 mph. Kenyon escaped after crashing the truck in Micco, according to the affidavit.

Kenyon confessed to driving the pickup while he was being held recently at Holmes Regional Medical Center in Melbourne, according to the affidavit.

Coincidentally, Singh is the same officer injured by gunfire when Sebastian Police attempted to serve Kenyon with a warrant for violation of probation connected to a 2015 conviction for aggravated assault with a deadly weapon and battery.

Both Singh and Kenyon were shot, although officials have yet to release details or the high-definition video from Earl’s on how many shots were fired and from whose weapons.

Singh is still recovering from a gunshot to the leg and is now being treated outside the hospital.

The Florida Department of Law Enforcement is still investigating the officers’ actions.

On Monday, Kenyon was booked in the Indian River County Jail where a warrant was also issued for the felony charge. He is currently being held without bond.

According to court records, Kenyon will be arraigned Nov. 8.

Sebastian police also intend to file charges for attempted murder of a law enforcement officer and possession of a firearm by a convicted felon.

Vero Beach Woman Tells Police: ‘I don’t Have To Listen To You’

Vero Beach Woman Tells Police: 'I don't Have To Listen To You'