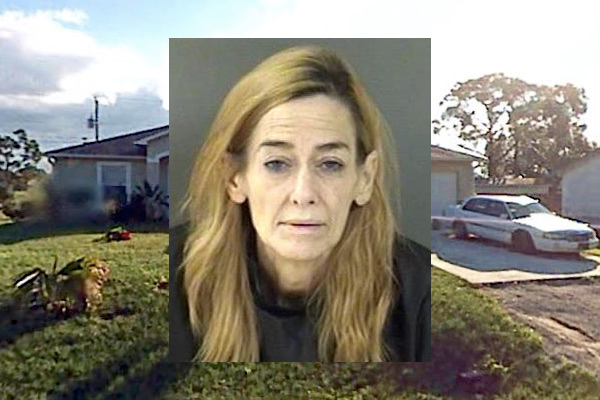 VERO BEACH – Deputies from the Indian River County Sheriff’s Office received a call from a Vero Beach man claiming that his girlfriend “went crazy” before breaking his televisions and other household furniture.

The victim told deputies that his girlfriend, identified as 54-year-old Eileen Kohberger, attacked him. There were injuries to his head, fingers, hand, and elbow.

The victim stated that while he was laying in bed, Kohberger broke the 1st television and his favorite lamp in his living room.

He then stated that while he continued to lay in the bed, she walked in and threw a wooden duck that struck him in the head. Kohberger then picked up a plastic crate, stepped on the bed, and threw it at him. He managed to block it by holding up his elbow.

When Kohberger tried to pick up the crate again, the victim pushed her off the bed and she landed on a dresser.

She then broke the 2nd television before exiting the bedroom. When Kohberger threatened him further, he called the police.

The victim recorded most of the altercation on his cell phone. The Vero Beach home was in shambles.

Kohberger was arrested and transported to the Indian River County Jail where she was charged with battery domestic violence.

‘Can You Hear Me’ Scam Targets Indian River County

'Can You Hear Me' Scam Targets Indian River County