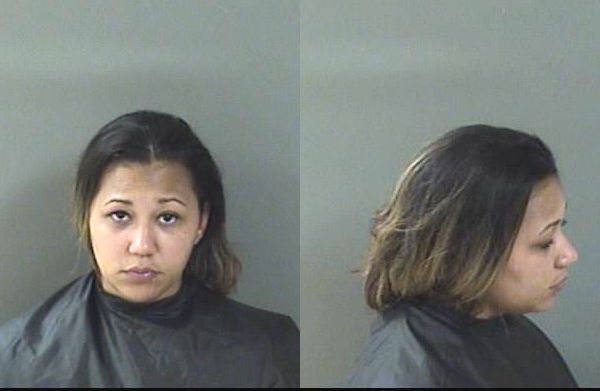 VERO BEACH – A 28-year-old medical technician was arrested after she was accused of stealing personal items from victims at a living facility, according to the Indian River County Sheriff’s Office.

In April 2019, six burglaries were reported to the Indian River County Sheriff’s Office at the Isles of Vero, 1700 Waterford Drive, an assisted living facility. The victims reported cash, jewelry, credit cards, and other personal items taken from their locked apartments, with no signs of forced entry.

Detective Greg Farless was assigned the case and began looking at pawn databases for potential stolen items. He identified jewelry that appeared to match the description from one of the burglaries.

Chelsea Langford of Vero Beach, a medical technician employed by the Isles of Vero, had pawned jewelry items identified by a resident as belonging to them. A victim identified one of the items recovered as being a wedding ring given to her from her deceased husband more than sixty years ago.

Detective Farless interviewed Langford who admitted to pawning the stolen items. Langford was arrested and charged with two counts of dealing in stolen property and two counts of false information to a pawnbroker. Items recovered from the other burglaries are currently being processed by the Indian River County Sheriff’s Office Forensic Services Unit to determine if further charges are warranted. Langford is considered a person of interest in the other burglaries that occurred in the assisted living facility.

“Chelsea Langford was arrested for stealing from very elderly people in our community. We will continue to investigate these cases, process evidence, and work with the State Attorney’s Office to seek justice for these vulnerable victims.” Indian River County Sheriff Deryl Loar stated.

Langford was transported to the Indian River County Jail and later released after posting $22,000 bond.